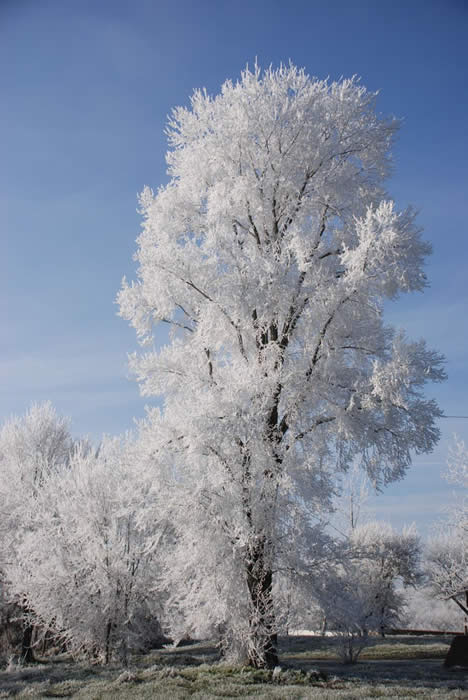 The beginning of April, when the soil is starting to warm up, is the best time for tree-planting. Or planting almost anything in the south of England.

Kensington Gardens is a forest of stakes at the moment as the scores of new lime trees are joined by sweet chestnuts (one of the species most used in the original 18th Century planting) and now – Eureka moment – by elms. Yesterday they planted a row of six splendid specimens, a good 25 feet high, to make a most welcome tall screen between Kensington Palace and the ungainly grey bulk of the Royal Garden Hotel. The mulberry alley already there was always an odd choice to make a screen.

Is this the moment when elms start their comeback to a London that said goodbye to them nearly 40 years ago? The interval has been busy with the search for a variety immune to Dutch Elm Disease. Many of the breeding experiments have involved Ulmus parvifolia, the little Siberian elm, or other Asian species. The Dutch claimed success some years ago with a hybrid called Clone 812 or ‘Nanguen’. After ten years under observation in Paris, in the Bois de Vincennes, it was eventually adopted by the city and renamed ‘Lutèce’ – the French version of Lutetia, the city’s Latin name. If it proves its worth in London, we should call is ‘the Paris elm’ in recognition.

But what a dismal thought that we may be going through a similar exercise in a few years’ time with ashes. A combination of the Chalara fungus we have heard so much about and the Emerald Ash Borer (not so celebrated yet) threatens to finish off our ash trees, just as DED did our elms. So far, outbreaks in this country have been mainly in the East. My fingers are crossed in the hope that the very different conditions of North Wales may not suit either the fungus or the beetle. We have an uncountable number of ashes in the woods – many of them beside streams, where their bark in the damp shade is a beautiful pale orange.

Their principal use with us, I’m afraid, is for firewood. No other wood burns so readily or so steadily; you can light a fire with green ash twigs. ‘Ash wet or ash dry’, as the poem goes, ‘a king may warm his slippers by’

The Paris elms by Kensington Palace are a symbol of hope. They may never achieve the majesty of the old high-waisted, full-skirted Field elms they replace – though they have Field elms, Wych elms, and a Himalayan elm in their ancestry – but they will turn rich yellow in autumn, and hopefully, like the old elms, keep that colour till Christmas.