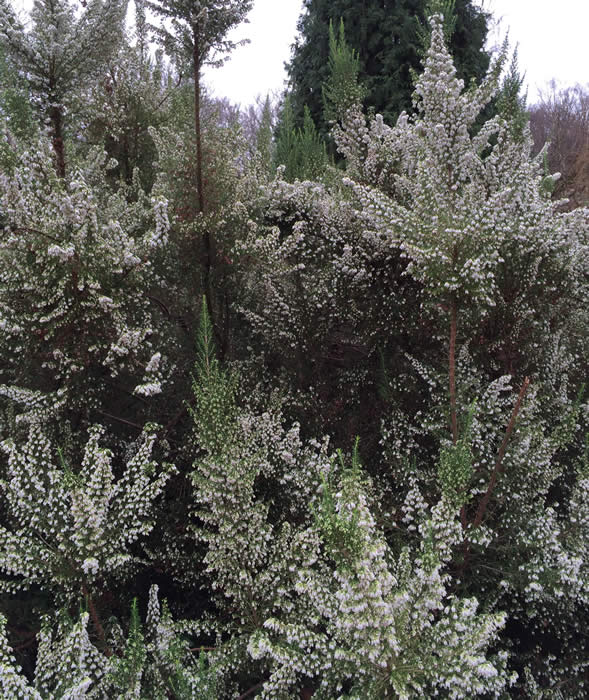 Is Petersham Nurseries the origin of the shabby-chic trend of the turn of this century? Did the Hotels du Vin get there first with their ostentatiously non-matching furniture, wonky tables, odd spoons and gappy floorboards? It is a brilliant way of finding value in what most of us would call old tat. With ‘brown furniture’ (yes, your family’s Chippendale) now a drug on the market you can apparently add value by bashing it up a bit. That in any case is the Petersham look. Add a reassuringly confident price and your bent garden chair is worth more than a new one.

It was the café, then the restaurant, that first brought us, in eager crowds, to the dramatically inaccessible spot between Richmond Park and the Thames. The old greenhouse that shelters the restaurant was symbolically apt for the style of food that Skye Gingell developed there. (Her present billet, in the grandeur of Somerset House, is a little different.) The charm of the nursery (food apart) lies in its tempting array of plants and the knocked-about objects on sale among them.

Perhaps there is a social message hidden in the fact that the entrance, off the road that snakes among gems of Georgian architecture from Richmond to Ham, is only signposted for those leaving Richmond. Coming from Ham it only announces the parish church. If you meet, as you often do, a car wanting to leave, you must back out into the main road to make room. There is no guarantee, moreover, that you will find anywhere to park along the narrow rutted lane. And on a Bank Holiday, not a chance.

We were lemmings. We drove out to Richmond Park to join the queues of cars looking for somewhere to park. Eventually, with a great deal of backing and manoeuvring, waiting for another family to pack up its buggies and leave, we found a space and set off among the children and dogs for the Isabella Plantation – a romantic, slightly mysterious name for a woodland garden isolated in the broad landscape of scattered trees and grazing deer. The Times that morning had a splendid front page photo of two stags locking antlers in this very park. We neither saw nor heard any rutting, though the red deer were very much in evidence.

There is, apparently, no Isabella in the story. I pictured a wimpled Tudor princess: in reality Isabel, they say, is an old name for the sandy fawn colour of the soil. The planted areas of the park are called Plantations. It’s as romantic as that.

The garden, however, is in fine fettle. There is an air of Exbury about its wandering paths and streams, among massed rhododendrons and camellias under sheltering trees. A good deal has been thinned or cleared recently and there is plenty of new planting – all admirably labelled. And all this only seven miles from London. Perhaps next time, soon, in early spring, I shall walk.