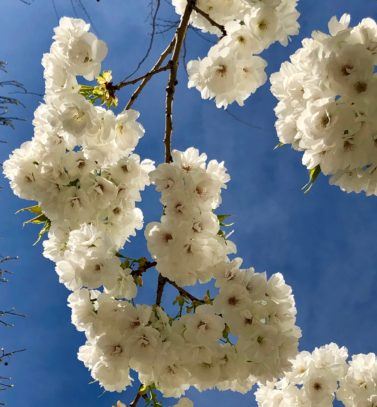 Marks out of ten?

We’ve had to scrap a long-planned visit to Japan to follow the spring, from the small southernmost islands (one Is Yakushima, home of the little felty-leaved rhododendron) north via Kyushu to Honshu across the Inland Sea, ending in Kobe. We were to take one of the little ships of the Noble Caledonia fleet, and were all ready to leave, when news of the new virus came from Wuhan, and gradually the Far East began to shut down.

We were to have started in Taiwan, which soon followed China in closing its doors. The voyage was then adjusted, to start in Okinawa in the southern islands, and visit South Korea. When South Korea shut down, the problem became the laws of cabotage. No ship foreign to a country can trade between two of its ports without calling in another country. So where was the nearest abroad? Russia. Instead of blossom-viewing we would have to spend four days steaming to Vladivostok and back over a thousand miles on the North Pacific, in March. I’m afraid we cried off – and within ten days the voyage was cancelled altogether.

Our consolation has been England’s most glorious spring. It has been hard to keep away from Kew; the magnolias are as fine as I’ve ever seen them. If only I’d planted M. kobus thirty years ago… We’ve seen the last of them, though, for this year; even the Royal Botanic Garden has been closed. In compensation for Japan’s no-show I have been testing myself on the cherry trees around us and realise how rusty I’ve become on their names. Once upon. Time I could tell a Jo-nioi from a Taki-nioi or a Shirotae from a Shirofugen at a glance. Now, shame-faced, I often have to resort to Picture This, an App that recognizes whatever plant you point your camera at – though Japanese names are not its strongest point.

It’s tempting to have a beauty contest and give marks out of ten. Far better, though, just to marvel at their wonderfully lovely variations on a theme.