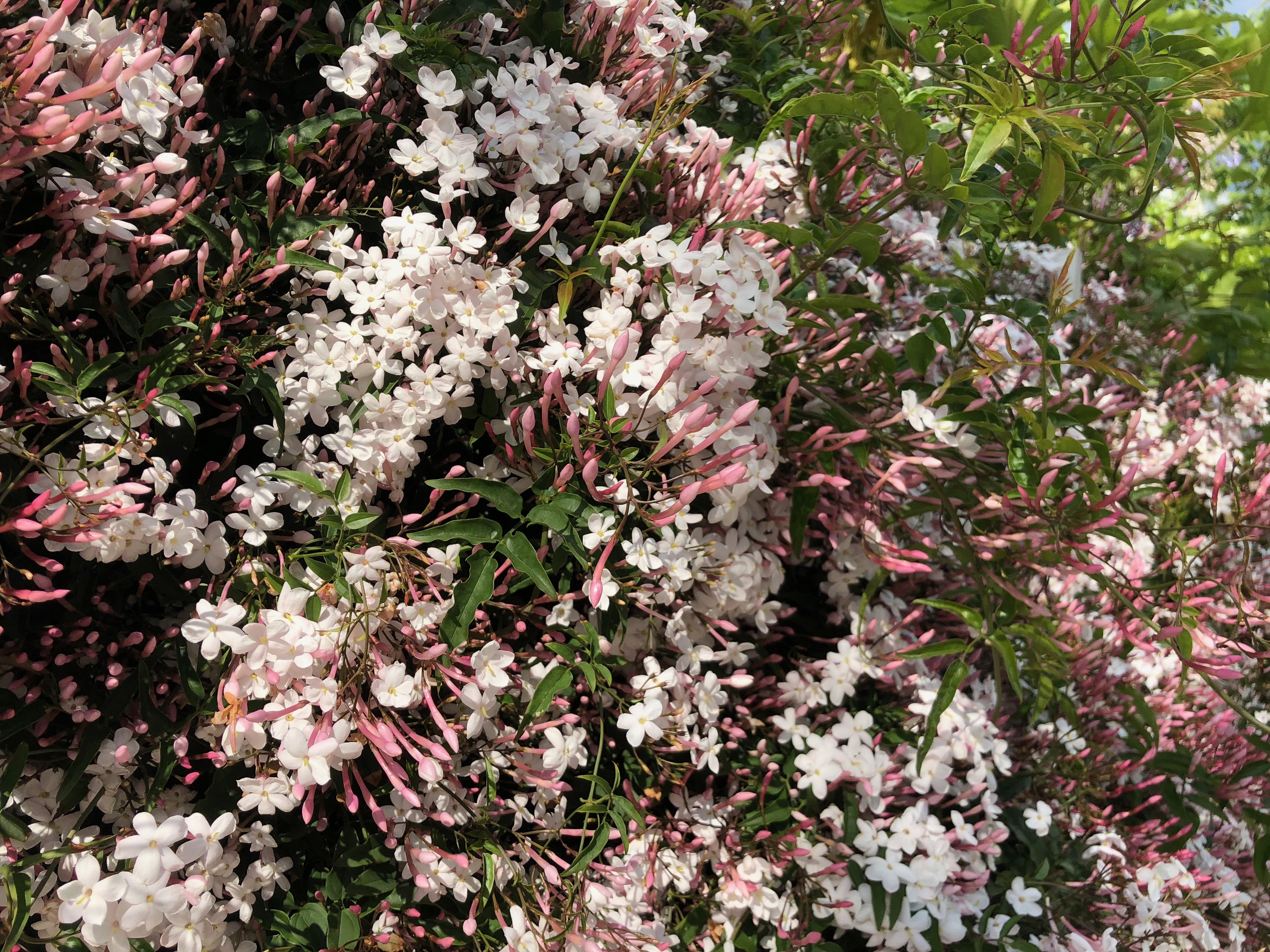 It used to signal the beginning of the end of winter. The conservatory was filled with its heavy scent. The little jasmine we treated as an indoor plant, J polyanthum, began to open its pinky purple buds in late February. As the white flowers opened the scent expanded until it flooded the room, a thrilling sign of things to come.

If there is a single proof of climate change here it is this frail creature becoming a rampant menace. This May morning I couldn’t escape the smell, lying heavy on the air, drowning out the morning freshness, the sweetness of roses and the different sweetness of wallflowers. Last year it put out ten foot shoots through the tapestry of ivy and hydrangeas, bursting out on top of the trellis in an eruption of purple and white and the scent I’m beginning to call a pong.

But then in London nothing seems tender any more. There was only one day below zero all winter – if you could call it that. Nothing flinched. I kept the fuchsia tree we’re rather proud of in the greenhouse until late April, fearing a late frost, but it might as well have stayed out all winter. Already it has little red flower buds dangling among the leaves. As for our veteran Meyer lemon on the veranda, we are thinning its thick crop of incipient fruit.