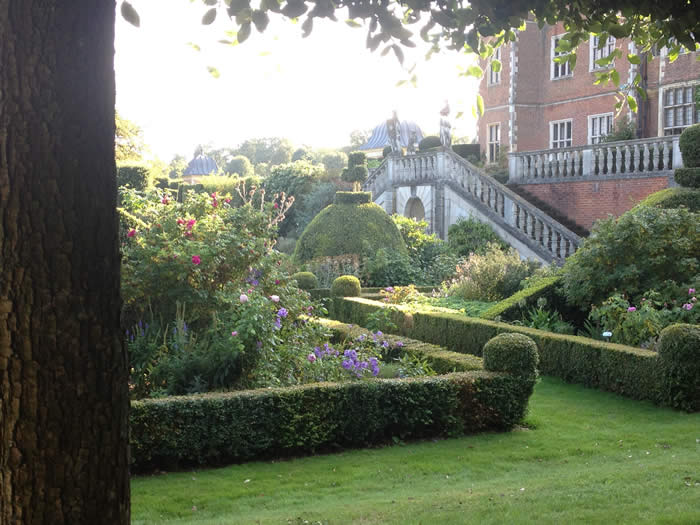 Where Tradescant snipped and dug: the East Garden at Hatfield House

Horticulturists are now on a par with accountants and surveyors, loss-adjusters and legal executives. It seems an odd ambition for a gardener, but the Institute of Horticulture received its Royal Charter yesterday in the wonderfully apt setting of Hatfield House.

John Tradescant must have known the Marble Hall where his employer’s successor, the Marchioness of Salisbury, unveiled the charter with its red Royal Seal. His own successors, the country’s senior gardeners, packed the hall in their scores. Then they went out to see one of England’s grandest and loveliest gardens in its late-summer glory.

I have known Hatfield well since the sixth Marquis and marchioness started a garden festival there in the 1980s. Things were deliciously informal in those days. The atmosphere was village fête with a bigger marquee. At the first festival, Lady Salisbury invited some friends to judge the exhibits, innocently unaware that the well-established RHS rules apply wherever gardeners compete.

I was among the amateur judges who spent hours over the vases and vegetables, dithering between golds for this and commendations for that. Our announcement of the winners, though, was met with a baffled silence. A delegation came to tell us that we’d got it all wrong. You don’t judge horticultural shows by personal preferences, by taste or by any yardstick except the rulebook. The agonizing was unnecessary: winners can be measured. And I have never been asked to judge anything since. No charter for me, I fear.

How the garden glowed yesterday, though, in the near-autumnal light. I have seen the topiary in the East Garden, the vast elaborate parterre below the terrace of the house, grow from new plants in the ’80s to solid maturity. Each of the eight big central beds is divided in four by a heraldic-looking star of yew, and the central alley leads between towering yew cylinders. There is room in the beds for tall roses, for huge tree peonies just taking on autumn colours, and for every late-season flower in the medley of warm colours that grows more meddled as autumn draws on. Here, I thought, is the quintessential English country house garden in all its nostalgic splendour, only 20 minutes from King’s Cross.