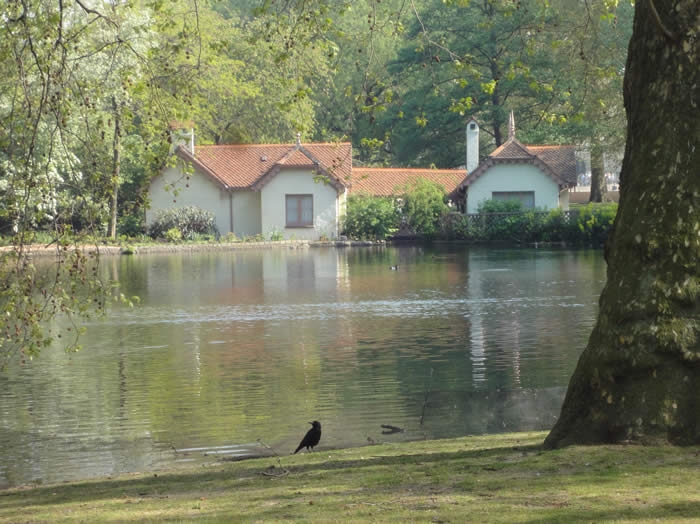 Where is this, and what is it called?

The Royal Parks are so important to life in London, indeed to the whole identity of the city, that I feel ashamed I knew so little about them; how big they are, how many, and how they are run. Linda Lennon, the Chief Executive responsible for them, came to the AGM of the Metropolitan Public Gardens Association the other day (I am the current president) to enlighten us. Let me pass on some of what we learned.

The total area of the parks is 5, 000 acres, of which Richmond Park represents a half and Bushy Park another 1,100 acres. There are eight in all, and seven other non-royal green spaces (Brompton Cemetery is one) run in conjunction with them. They claim 40 million visitors a year – surely a huge under-estimate (though are you a visitor if you simply walk through on the way to your bus?)

They estimate there are 135, 000 trees, of 250 species. Again, how do they count them, and how big to they have to be to qualify? The parks encompass 15 miles of river and contain 280 statues. Regent’s Park and Primrose Hill taken together are the biggest in central London, covering 395 acres (of which 100 are dedicated to sports). Hyde Park covers 350 acres and Kensington Gardens 242 – so taken together they far outweigh the Regent’s Park area. St James’s Park covers 93 acres – but this includes the Mall and Horse Guards Parade. The Green Park, the most perfect and consistent in character (but this is only my opinion) is a mere 53 acres.

All of them together cost £32 million a year to maintain, of which the government pays £18 million – and going down. They employ (a mere) 110 staff, and gave up having their own propagation and production departments in the early ’90s, to the delight of the Dutch nursery business. It is hardly surprising that pop concerts and other crowd-pullers are put on more and more often. Linda told us that this year’s noise-reduction at a big bash produced an unexpected result: complaints from people living nearby who had invited their friends for the evening that they couldn’t hear the music properly any more.