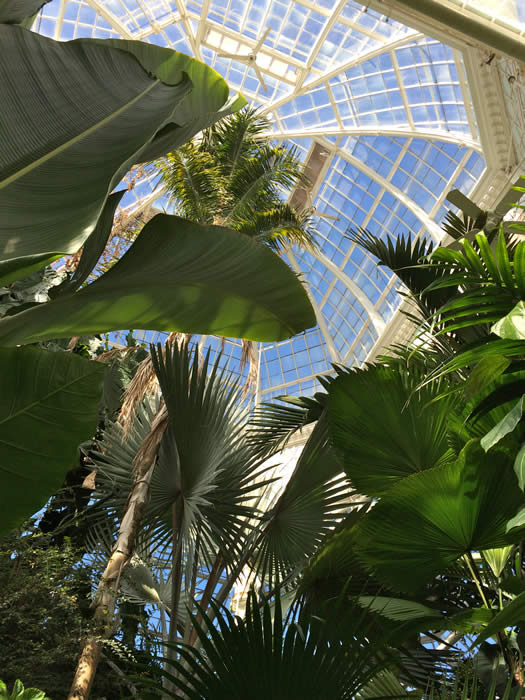 The Conservatory of Flowers

James Lick never saw his conservatory. He ordered it at the age of seventy five; when he died, aged eighty, it was still packed in crates, waiting for a site in what is now called Silicon Valley, at the southern end of San Francisco Bay.

Lick was a Gold Rush millionaire – not from digging gold, but from building pianos and investing his profits in land. He learnt his carpentry from his father in Pennsylvania, took his piano business to Argentina, then Chile, then Peru, then Mexico, and in 1848 finally arrived in San Francisco (carrying 600 lbs of chocolate) on the very eve of the Gold Rush. Chocolate sold well, pianos were called for, and Lick’s land went up in value. He built houses in San Francisco, planted orchards in San Jose, bought ranches in Los Angeles and the Sierras and owned the biggest flour mill west of the Mississippi, and soon the grandest hotel in San Francisco.

He built the biggest refracting telescope of its time for the new University of California – and commissioned the conservatory that now stands in Golden Gate Park, a masterpiece of carpentry in redwood inspired by the Palm House at Kew.

Golden Gate Park stretches from the heart of the city westwards to the ocean on what was originally sand dunes. Its inspiration was New York’s Central Park, with winding drives among 1,000 acres of woodland and meadows. Belts of Monterey cypress and pine protect it from the wind with remarkable success. At its heart is the Botanical Garden, initiated by the inevitable Scotsman, John McLaren from the Edinburgh Botanics. Planting grasses to stabilize the sand, he said, reminded him of the Firth of Forth.

Lick’s conservatory found a home in the park. The crates were auctioned, bought by the railroad tycoon Leland Stanford and given to the city. If only Lick could see it now, a gleaming white presence, arrestingly elegant, filled with flourishing plants. High-altitude orchids are its principal collection: 700 species out of 1,000 known, displayed among palms, tropical crop plants, aquatics and carnivorous nasties around gleaming ponds under the glistening white roof. There is a lightness of touch here, a vegetative cheerfulness which is perfectly apt for the most beautiful city in America.