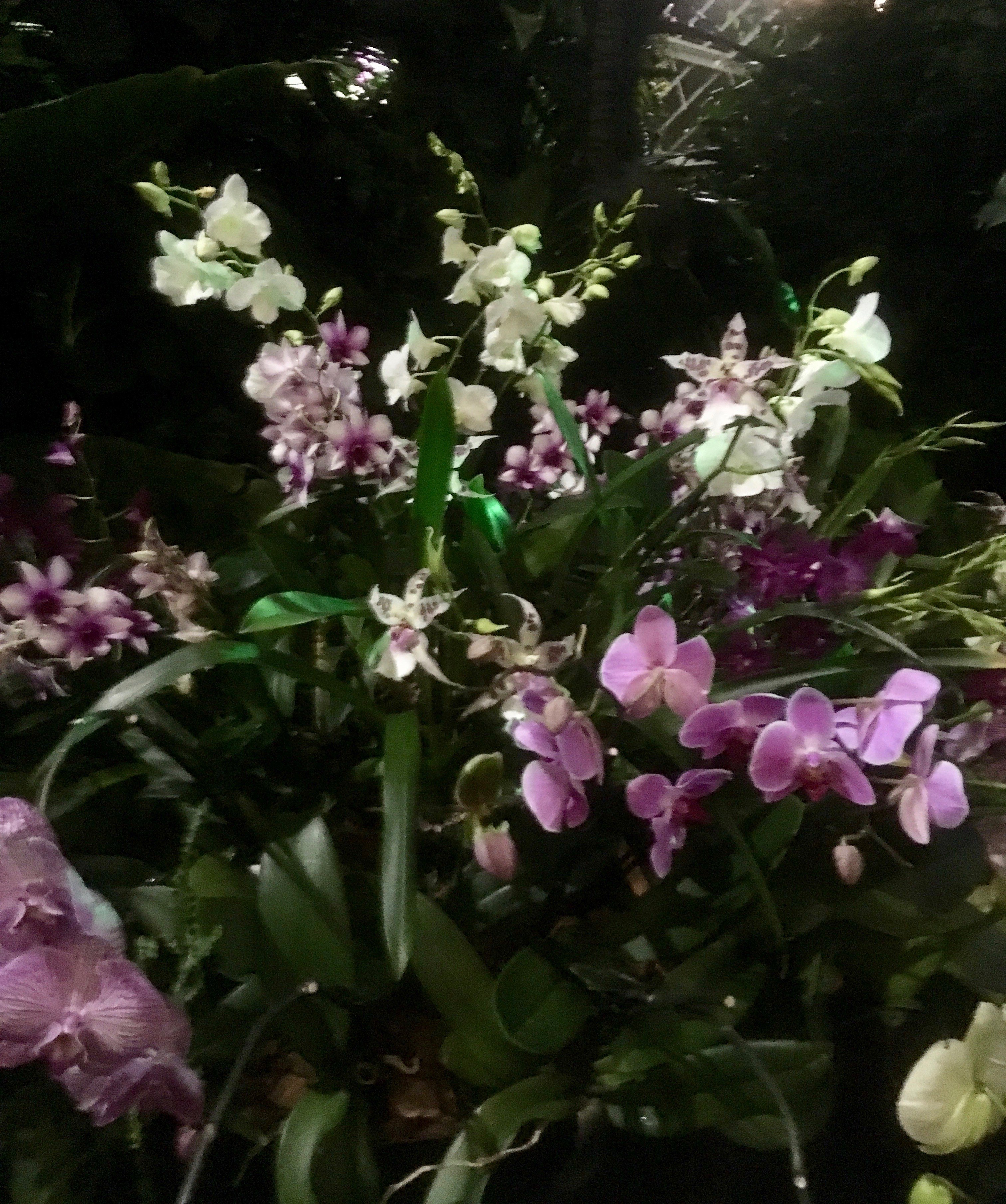 Orchids, especially the white Phalaenopsis that supermarkets sell for next to nothing, have become such a decorator’s cliché that no one cares whether they are real or fake. I admit we have one against a mirror beside the bath that I hardly notice. Once a year or so I give the whole thing a bath; it comes out one shade whiter. Oddly enough, when I do focus on it I think it’s extremely elegant.

But this is Orchid time at Kew. Every year in February the Princess of Wales Conservatory becomes an exotic jewel-house. The Director of the gardens hosts an evening party for gardening’s Great and Good (and Trad sneaks in). You turn out into a cold and rainy night, walk the lighted path from Kew Green to the conservatory, and find yourself in (this year) a Tribute to Thailand.

There are apparently 1,100 species of orchid native to what was once called Siam. Kew didn’t say how many of them were on display; I suspect not a vast range; artistry, rather than botany, is the main point – in floral arches, tall pillars woven with cascading blooms, classic vases, a model royal palace in a moat, a flower boat, a golden gong and a wonderfully evocative rice paddy where miniature orchids among the rice plants presumably represented weeds, and a stuffed water buffalo stood looking patient but puzzled, with a basket of orchids on his back.

Kew, the director told us, has a very busy year ahead. The opening of the Temperate House after its costly 4-year restoration is the great event in May. It is an awesome sight already as its wraps gradually come off.

Next comes the pagoda, its scores of golden dragons, unseen since the 18th century, back in place the summer and the staircase opened to the top. Can you see Windsor Castle from up there? Later comes a new children’s garden near the Brentford Gate. And of course the Great Borders, in their third season, will vaut le voyage.