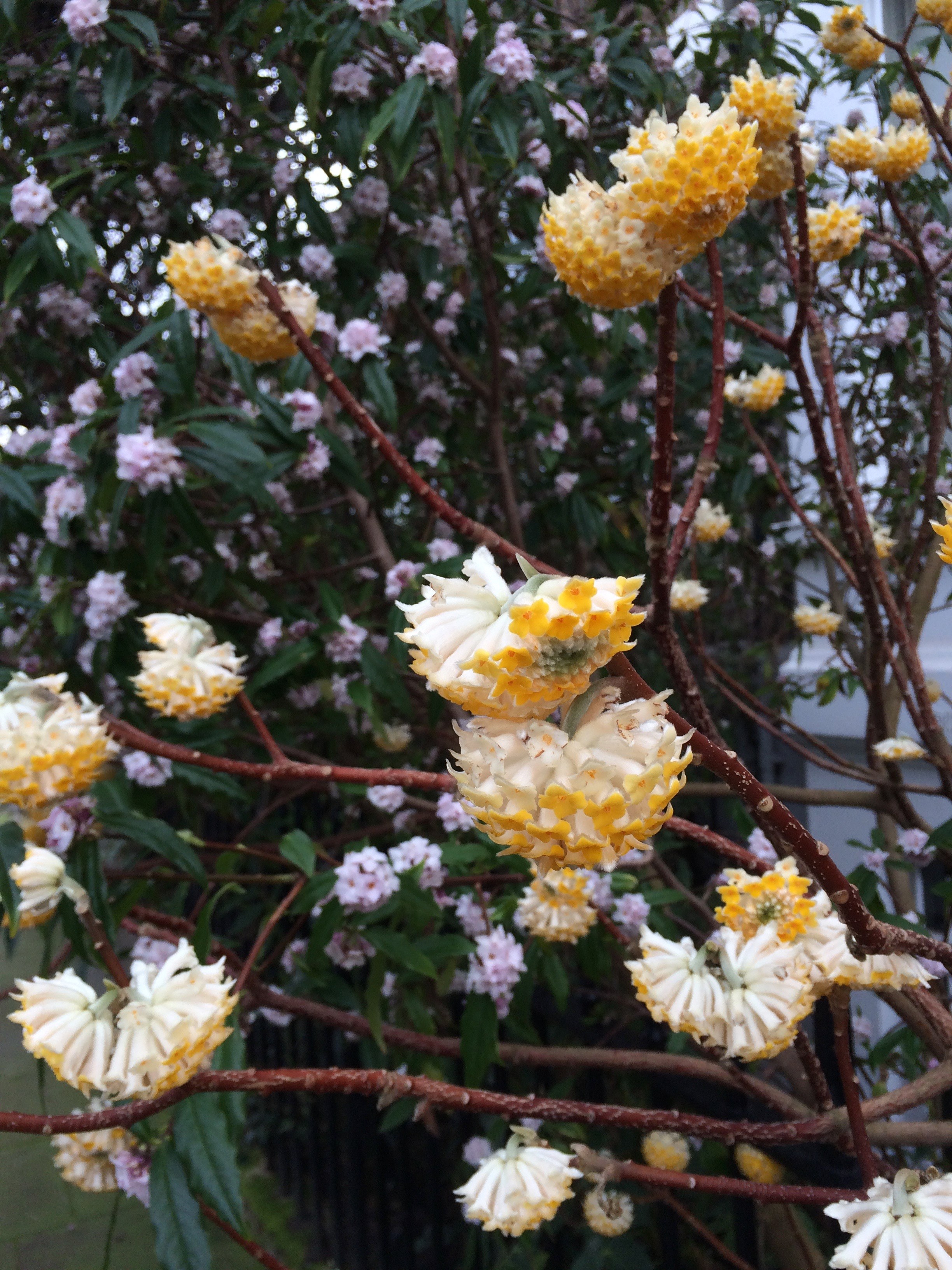 There are winter scents that can stop you in your tracks. Sarcococca is perhaps the most frequent these days; it seems to have matriculated from confidential to common in the past few years. Mahonia japonica has its sweet lily of the valley smell; daphnes are indispensable, viburnums almost universal. Winter honeysuckle becomes effusive indoors. Which insects deserve this outlay of perfume I’m not sure; the garden is certainly not buzzing with them. I would add Edgeworthia to this pantheon. It should, in the time-honoured phrase, be planted more often.

I have one particular plant in mind; one that shares a narrow north-facing London front garden with a champion Daphne bohlua. The edgeworthia measures nine feet across and six or seven high, a nest of twenty pliable, rather bare stems, yellowish in colour, each terminated by a white and bright yellow knob, covered  all over with silky white hairs, containing fifty or so little tubular flowers. Scents are notoriously hard to describe; this is sweet and singular, with a hint of lilac, and in combination with the daphne, crosses the roadway to arrest you.

Edgeworthia chrysantha is the one you will see most (but not very) often. There is a bright orange scarlet (presumably Welsh) form called Red Dragon, but I found that hard to grow. Who was Edgeworth? An Anglo-Irish adventurer who ended up as a police chief in British India, He found his plant (and many others) in the Himalayan foothills. He sounds an unusual policeman, corresponding with Darwin and Hooker and the Linnean Society. His sister Maria, meanwhile, (there were 24 Edgeworth children in all), wrote novels about Irish life (Castle Rackrent among them) that rivalled Jane Austen’s.