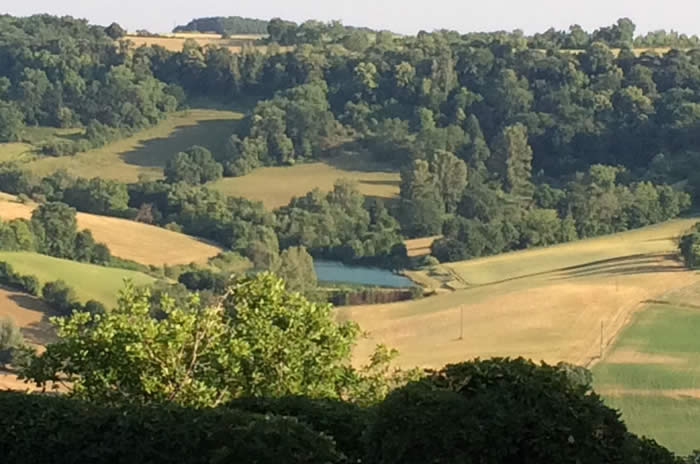 Another six-day excursion, this time to the Gers, Armagnac country north-west of Toulouse. Four days with afternoon temperatures of 35c or 95F produced miraculous changes in the richly farmed landscape. Seedling crops appeared in immaculate emerald rows from the bare earth. Crops that were in that embryo stage one day shot to bushy bulk three days later. Grasses started to flower, tinting the fields, and the patchwork of the woods in half a dozen greens moved perceptibly towards the sombre uniformity of summer.

It is a landscape where each prominent hill has its bastide, ranging from a single tower to a small hill-town, ringed with woods. From its walls you look down into bowls of fertility. Wheat, sunflowers, corn, potatoes, tobacco, rape and even peanuts fill the valley slopes with varied colours. From our hosts’ house delicious glimpses between copses of oak or elm or pale walls of ancient stone change with the circling sun or the unpredictable moon. Their soundtrack changes, too: from the clamour of swallows to the hoot of hoopoes to the mesmeric solos of a nightingale.

Meanwhile in London a couple of warm days had brought the garden, when we got home, into its first phase of summer colour; quiet in our shady beds, campanulas and white foxgloves and the new tawny fronds of ferns, cheerful on the walls with pale clematis, roses Bantry Bay, Gloire de Dijon, Iceberg, Phyllis Bide and Alister Stella Gray, and raucous above, where our neighbours’ roses, unrestrained, wave fat blooms in red, white and pink above the foam of climbing hydrangeas.