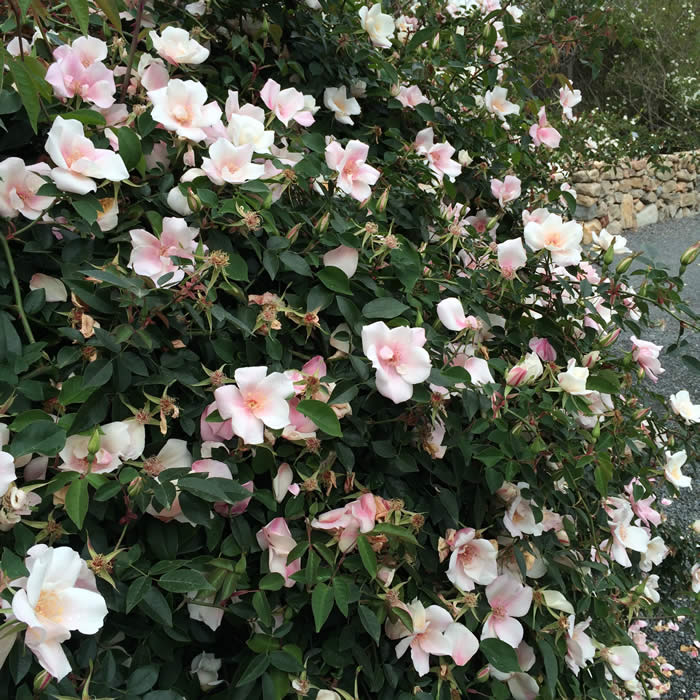 Home from a preview of spring in California: hillsides blue with lupins, orange with poppies – and, unusually, green with grass. They won’t be green for long. The west coast is three years into drought. Almost no rain so far this year, and precious little in the snow pack in the mountains. Spring is too early, too warm – and wonderful. Magnolias are going over already, but against the rich green of redwoods the dogwoods are lighting up, daily more dashing and elegant in their balletic poses, branch-tips up.

California has been my second spiritual home since I was a mere seventeen. I came in a gap year, and twice I have been within a toucher of moving in, dazzled by the brilliance of light, the fecundity of nature, the sense of space and freedom. But each time I felt the pull of Europe. I realise the privilege of living so close to France, Italy, Germany…the world’s most sophisticated capitals, the sources of our vast and complex culture. It would feel like living at the far end of a long corridor; much too long. I go crazy with delight in a redwood forest with a whale-watching beach at the foot of the hill. I love the quirky beauty of San Francisco, the windy Bay, the flying fog, the pastiche Victorian architecture…and the stories. But then it’s time to come home.

Molly Chappellet (I have written about her many times) is my great gardening pal. Her husband Donn started the first estate winery of California’s new age in 1969, on a dramatically beautiful hillside above the Napa Valley, looking down over Lake Hennessy and onwards to Mount St Helena. The winery building, in a copse of oaks, is a rust brown three-sided pyramid (there must be a term for the shape), and still the best modern building in the wine country. Molly has gardened the boulder-strewn hill for forty years with a unique eye for the near and the far. Detailed planting underfoot, as it were, leads on, through many-ton volcanic boulders she moves, it seems, lie croquet balls, to the vast landscape below and beyond. She has the help of oak trees ninety feet across and the hypnotic inevitability of vine-rows sweeping round the slopes.

This year Molly took us to Quarryhills in the next valley over towards the ocean, the equally viticultural Sonoma. Bill Mc Namara, who is in charge, travels to China and other wild points east regularly, or at least frequently, with Charlie Howick, creator of the extraordinary arboretum of wild-collected species on the North Sea coast at Howick in Northumberland. Their haul is prodigious: Quarryhills is its Californian counterpart: 25 acres of trees and shrubs whose precise genes are new to America – and certainly to me. They cover a steep dry hillside of winding paths and arresting vistas. Most are natives of much damper places. By irrigating them Bill controls their growth and avoids promiscuous miscenegation.

A surprise at the entrance: huge plants of Rosa chinensis Spontanea, pink, white and red; the same rose we saw flowering in the Chelsea Physick Garden in February, going by the name of R odorata. The Chinese name might be more reliable….