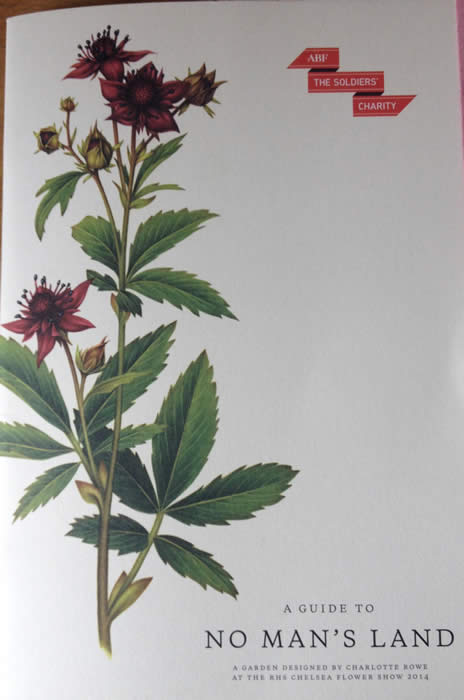 A brochure worth a medal

“A younger look” we were promised in the show gardens at Chelsea this year. How we would recognise it I’m not sure. The look that struck me was a distinct taste for (indeed a heavy dependence on) the lightweight charmers of spring. Perhaps less (though not much less) use of white foxgloves, but complete abandonment, in some cases, to such wildlings as sweet rocket, buttercups, ferns, campion, alchemilla mollis, vetch, verbascums, various feathery umbelliferae. and almost universally Iris sibirica. The flowers were lightweight, but the supporting trees, it seemed to me, heavier and more numerous than ever. There was no questioning the charm of such stylized meadows, but where have the mainstream garden plants, the long-term stalwarts of the border, bred over centuries to be unlike wildlings as possible, disappeared to?

The answer in some cases is the marquee, where the specialists display their thoroughbreds. It was worth braving the throng for Hillier’s stand alone. Never was the Monument more monumental than in this bravura performance of tall trees, exceptional shrubs and witty variations on a dozen different colour schemes; Hillier’s 69th Gold Medal in a row. Trad’s own coveted Annual Medal ended up, after much debate, with Rickard’s bosky display of ferns, from trees down to microscopic beauties. The idea dawned, then and there, of turning the always-shady end of our garden into a fernery.

Perhaps not for display of plants, but certainly for its imagination and conceptual unity, Trad rated Alan Titchmarch’s Britain in Bloom garden as high as any. He managed to encapsulate, on a cramped triangle of a site, the British landscape from the highlands to the Scilly Isles (or was it Yorkshire to the Isle of Wight, Alan’s own trajectory?) A brook tinkling over a mossy stone wall flowed almost believably down to the sea, a beach and beach hut and the plants of summer sunshine. A tour de force.

And equally memorable, but moving too, was No Man’s Land, a First World War memorial in plants, designed by Charlotte Rowe for ABF, The Soldiers Charity. The descriptive booklet, with flower paintings by Irene Laschi, deserved a medal for the best piece of print offered to visitors – possibly ever.