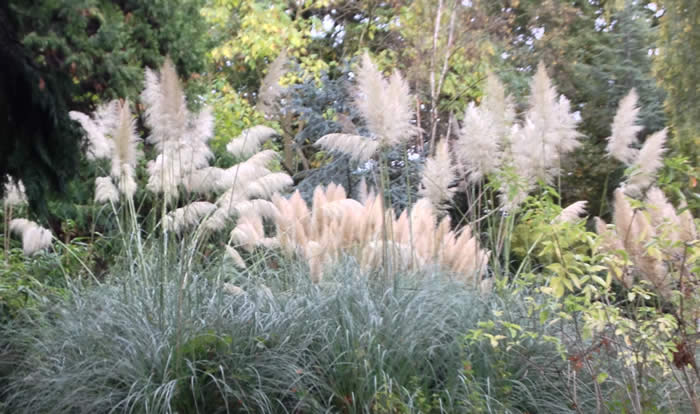 Home to London after almost three weeks in France with very little change in the weather. A wet and stormy August had most wine-growers worried; then September restored their spirits with thirty days of sunshine. Bordeaux had most of its Merlot picked by the time October’s rain arrived; the later-ripening Cabernets were more touch and go. But after a disastrous harvest in 2013 the omens are pretty good. Perhaps, as one grower said with a smile, it will be the sort of vintage the English like.

Little change in the garden at home. The roses are all but over; R. mutabilis and Alister Stella Grey are the last, but pretty half-hearted; they have all lacked light and heat. The brightest thing in the garden is the almost embarrassingly prolific white Solanum laxum (or jasminoides). Common it may be, but its clusters of little five-petalled flowers have a way of reflecting the light that makes them the last sparkle in a darkling garden. Nerines have the same sort of crystalline reflective surface. The potato vine, to give it its sadly banal name, is one of those plants you must ponder before planting. It leaps in chaotic profusion up or along anything it can reach. In one year here it is almost thirty feet long; a day’s work to prune back, if anything else on the trellis is to get a look in next year.

One lovely surprise: a monster cyclamen tuber I bought at Rassell’s Nursery over a year ago has sprung into life. The great brown lump just fits into an eight-inch pan with half an inch to spare. Last autumn nothing happened. Had I planted it upside down? Left to its silent devices in a corner, rained on in due season, it has just sprouted a dozen perky flowers. I can’t wait for its crinkly canopy of leaves.

Holland Park, up the road, is in that quiet period of transition from early to full-on autumn. The pampas grass has a strange silvery significance beside a cherry with its leaves in the droop position turning pale orange. Mahonia x ‘Charity’ sticks up its opening yellow racemes with startling rigidity. The water in the Japanese pond has gone vodka-clear; the carp in their hellfire colours have become dramatic players in the peaceful scene. 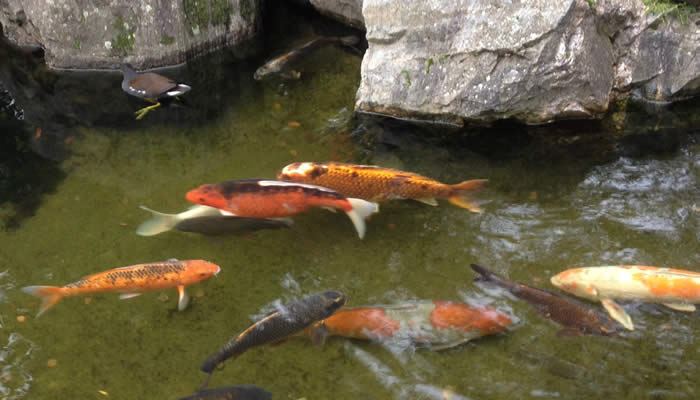