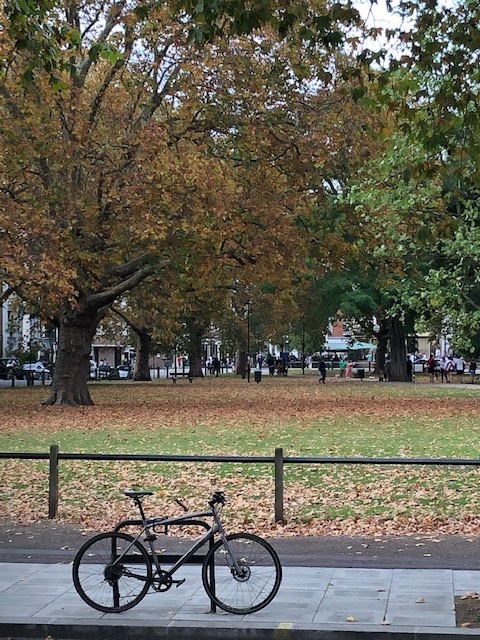 Parson's Green, where the new blue pipes are

The Conservation Foundation organized a seminar in July at County Hall by the Thames on the status of London’s plane trees. When you consider how vital they are to the capital, how they frame our most precious views and shade our streets and parks, it is high time to take them seriously. Imagine London – or any great city – without them. Difficult. And too painful to bear.

There is a nasty disease going round here in our parks that can condemn a plane tree, with no cure. Massaria appears as a black lesion on the upper side of major branches, and can make them fall off without warning. A number of the biggest planes in Hyde Park have been felled recently on this account. A different disease, Ceratocystis platani, has been hollowing out and killing planes in the South of France, among them the monumental trees that line the 150 miles of the Canal du Midi, 42,000 of them. The disease was apparently introduced in the First World War from ammunition boxes made of American plane. Without their shade and their green reflections the great waterway is being reduced to a bare ditch. The avenues and market squares of Provence will lose their shade, and all their charm.

Perhaps more worrying to London, and hardly yet noticed, is the apparent effect on London’s planes of the on-going replacement of the capital’s old system of waterpipes and sewers. The trees’ main source of water and nutrients, a delegate at the conference revealed, is leakage from water pipes. I have just been looking at the two sides of Parson’s Green in Fulham. On the east side the planes are in full leaf. On the west the road was dug up this year and the pipes replaced with impermeable blue plastic. The trees are already standing bare in circles of their brown leaves. It could just be damage to the roots from excavation. Let’s hope so.