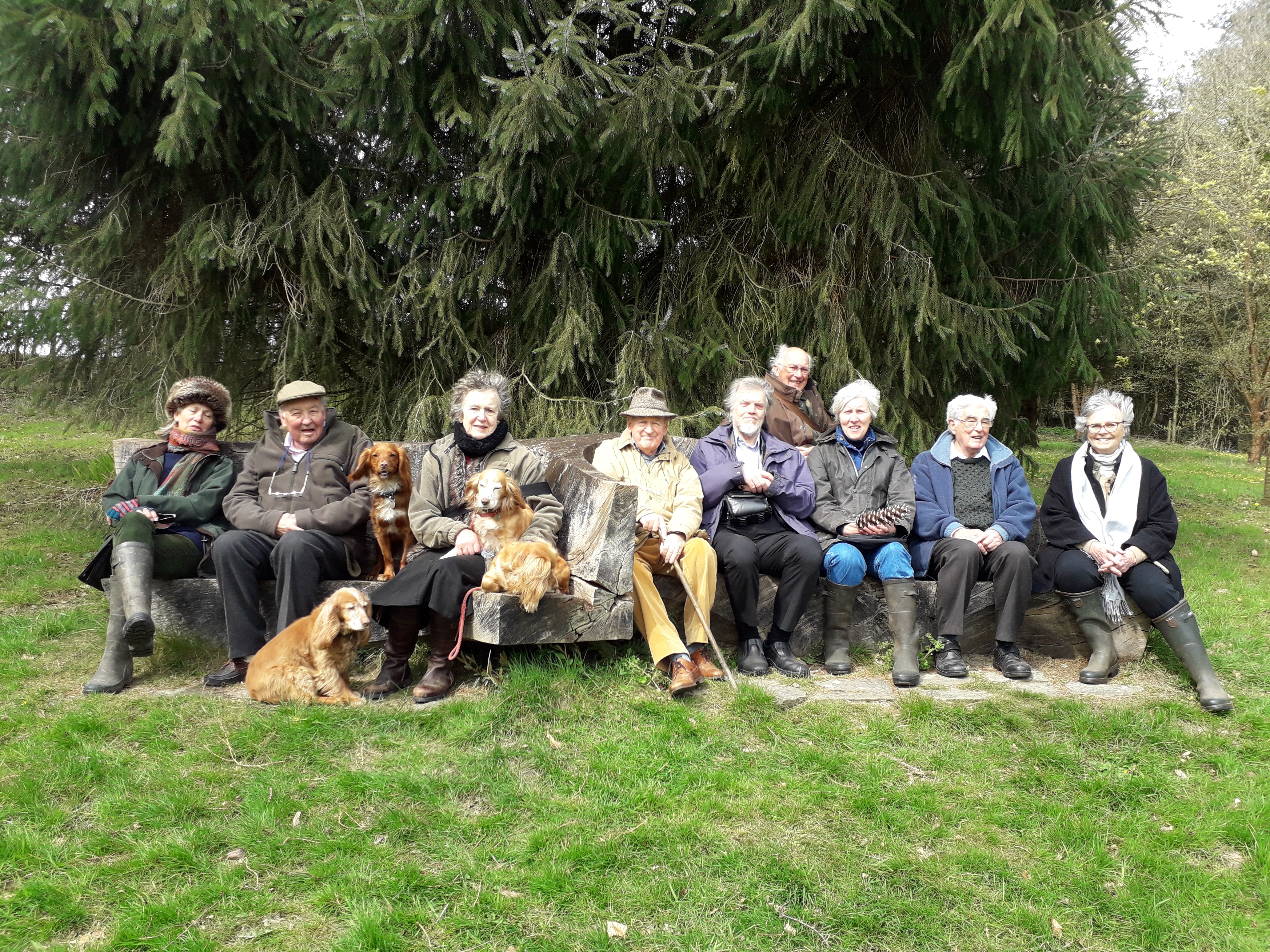 The party photographed by Frances Elliott

Back from a gathering of R.H.S old-timers at Hergest Croft on the Welsh border (literally; it runs through Park Wood, the principal glory of the estate). The owner, Lawrence Banks, fourth in a dynasty of tree-collectors, was Treasurer of the R.H.S, his wife Elizabeth the first woman (and professional landscape gardener), President. Where else could we meet to celebrate the 90th birthday of the Society’s veteran Editor, Elspeth Napier? Elspeth was editor of the journal when it underwent its transformation into The Garden. Trad’s Diary was born under her editorship (and could probably benefit from it today).

Christopher Brickell, long time Director of Wisley, and Brent Elliot, the even longer time Society’s librarian, were there, with Caroline Boisset, Elspeth’s assistant editor, and Martin and Alison Rix – names which all mean a lot to committed members and gardeners. ‘We are the old RHS’, said Lawrence. In our day the Society still felt almost intimate, like a gathering of old friends, amateurs in the best sense, of people who have mastered their subject out of sheer love for it. A society hundreds of thousands strong needs systems that change its aura. ‘Professional’ and ‘amateur’ have both changed in their connotations.

Park Wood, where we wandered in the afternoon, is the place where I first learned that trees were an important part of my life, and decided to learn about them by writing a book (the fastest way, as any journalist knows, to learn a subject). It was Lawrence’s father, Richard Banks, who inspired me, climbing round high thickets of rare rhododendrons to show me a maple, a birch or a silver fir of intoxicating beauty. When in the 1970s the RHS staged a Conifer Conference there was a prize for the biggest collection of different cones. Dick Banks came second, just pipped to the post by the Queen, or rather the Crown Estate. But Dick had climbed every tree himself.

Plant collectors who know the Himalayas (alas, I am not one) have called Park Wood, in its steep-sided valley, noisy with its stream under a high vault of oak and larch, the nearest thing in Britain to Nepal. I would say heaven.