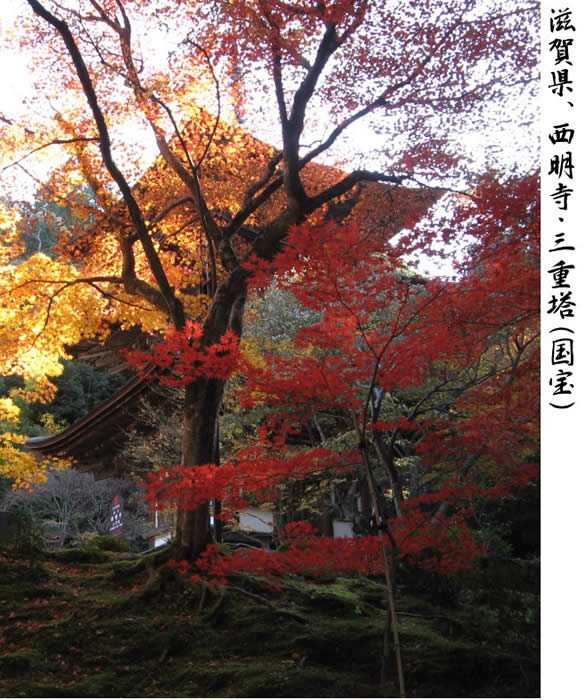 Thinking about the rocks in Japanese gardens led me into a reverie about autumn in Japan; a wave of homesickness for the cool damp and bright light of short days among the orderly fantasies of Kyoto or Nara. At just this moment a faithful correspondent wrote to paint a picture of a garden I have never seen, to remind me, she said, of Saling Hall.

In that marvellous gardening climate autumn runs late. Early December and the picture is still full of bright colour, ‘with Sasanquas bursting in bloom wherever one goes, autumnal cherry blossoms, the red fruit of Ilex rotunda, Ilex serrata and of course Nandina domestica, Idesia polycarpa high above and Sarcandra glabra and Ardisia crenata below, pinkish Euonymus sieboldianus, even purple beads of Callicarpa japonica, bright Kaki fruit, and besides the maples there are the reds of Enkianthus perulatus, Rhus sylvestris and golden Ginkgos, masses of freeform mums delightful around potagers, probably planted to have ample flowers for the family altar at this time of year. There is also the lovely fragrance of Osmanthus heterophyllus’.

Of course it is not our climate. Kyoto lies on about the latitude of Tangier. On the other hand the Asian landmass to the north ensures colder winters than anything in Africa. There is often snow, and sometimes frost, from January to early March. Average humidity is as high (and rainfall over the year about the same) as in North Wales, with June the wettest month and December to February driest.

The summer heat would not suit me, but for most of the year it would be a wonderful place to garden. The problem, as anyone who has been to Kyoto will tell you, is the crowds. It is nigh impossible to see any of the famous gardens without a crowd – often a uniformed school crocodile – blocking the iconic views. My friend’s pictures show empty gardens, either through cunning timing or because their subjects, north of Kyoto in Shiga prefecture round Lake Biwa, have not yet been added to the tourist circuit.