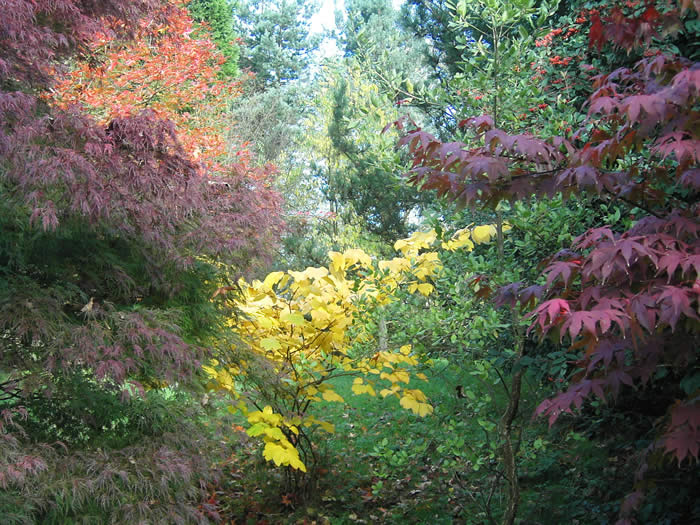 Once upon a time

‘Never Go Back’ was the title of the last poem of one of my heroes, the late Felix Dennis. Not his best poem (the tree ones are best) but good advice. ‘Never go back to the bridges you’ve burned.’

I broke that rule when I went back last week to Saling Hall, our home for 42 years. No one has lived in it since we left; the new owner plans to turn it into a hotel, but nothing has happened. Our former gardener, Aileen, keeps an eye on the house from her cottage in the old stables.

But the garden is another matter. The old pink brick garden walls, dated 1698 and Grade Two listed, have been rebuilt in new bricks (so much for the lichens and toadflax and my laboriously planted wallflowers). There are two splendid new greenhouses. And half the trees in the arboretum have been removed (there were once nearly 1,000 species and varieties of woody plants), and most of the shrubs.

The arboretum was a composition of paths and glades, trees and shrubs, masses and voids with, people said, many moods and secrets. No more. The screens that shielded it from the surrounding roads have gone. Trees I brought from far-off places have gone (though some nursery-grown specimens have been planted). The general look is strong on tidiness.

Could I have clapped a Tree Preservation Order on it all? It never dawned on me that anyone would want to destroy it. And anyway it’s none of my business any more. Felix was right.