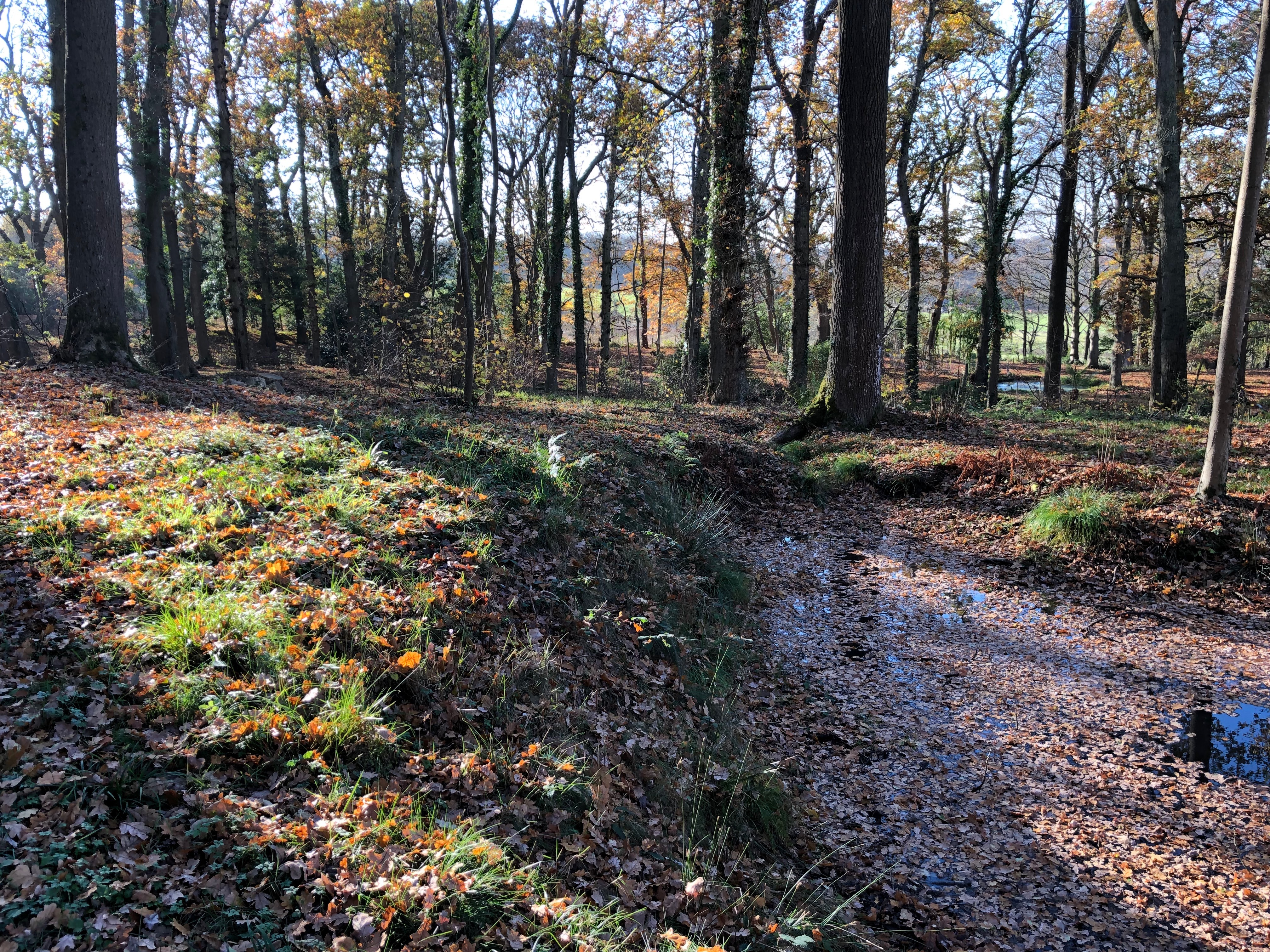 I’ve been totally absorbed all morning in the childish pleasure of playing with water. Its most joyous form, for me, is encouraging a trickle to become a stream. In Wales it’s easy; on the hills there is always a head of water to be released by shifting a rock, some earth, even a few leaves. The most satisfying result is when a single leaf is blocking a potential leak. Once let a trickle feel the force of gravity and it soon swells. ‘Freshet’ is the word for a sudden tide of overflowing water; miniature it may be, but the sense of inevitability, of unlocking a predictable process, is deeply satisfying. The first leaf moves, two more follow it, six more stir on the surface and the water gathers speed. A clump of fallen leaves dams the tiny stream until I poke it with my stick. The streamlet gushes on, the flow accumulates, I nudge more leaves aside; now the flow has the momentum to push an obstruction away. It reaches a tiny cliff edge, breaks over it and charges on, feeling the contours, hesitates when they flatten out, finds the lowest way and soaks the surface while it gathers weight to push on again. I look back; there is a little silver line where my stick and I have been.

It’s harder in Hampshire. The dry spring and summer dried up such little springs as we have in ‘our’ garden in the New Forest. There are half a dozen little stream beds in a steepish bank, leading to three rather tentative ponds. They become little streams again after a sustained deluge; most of the time they are dry – and now chock-full of brown leaves.

Not to be discouraged, I delved around at the top with my stick until I found damp leaves, then the gleam of water. Hurrah, the water is moving – just. I clear its way; it finds the direction downhill. A minute or two later it gathers enough momentum to follow my stick as it pokes leaves out of the way. Yes, I could bring a fork and shovel them out wholesale. But the fun is in gentle nudging to see what the water will do unaided.