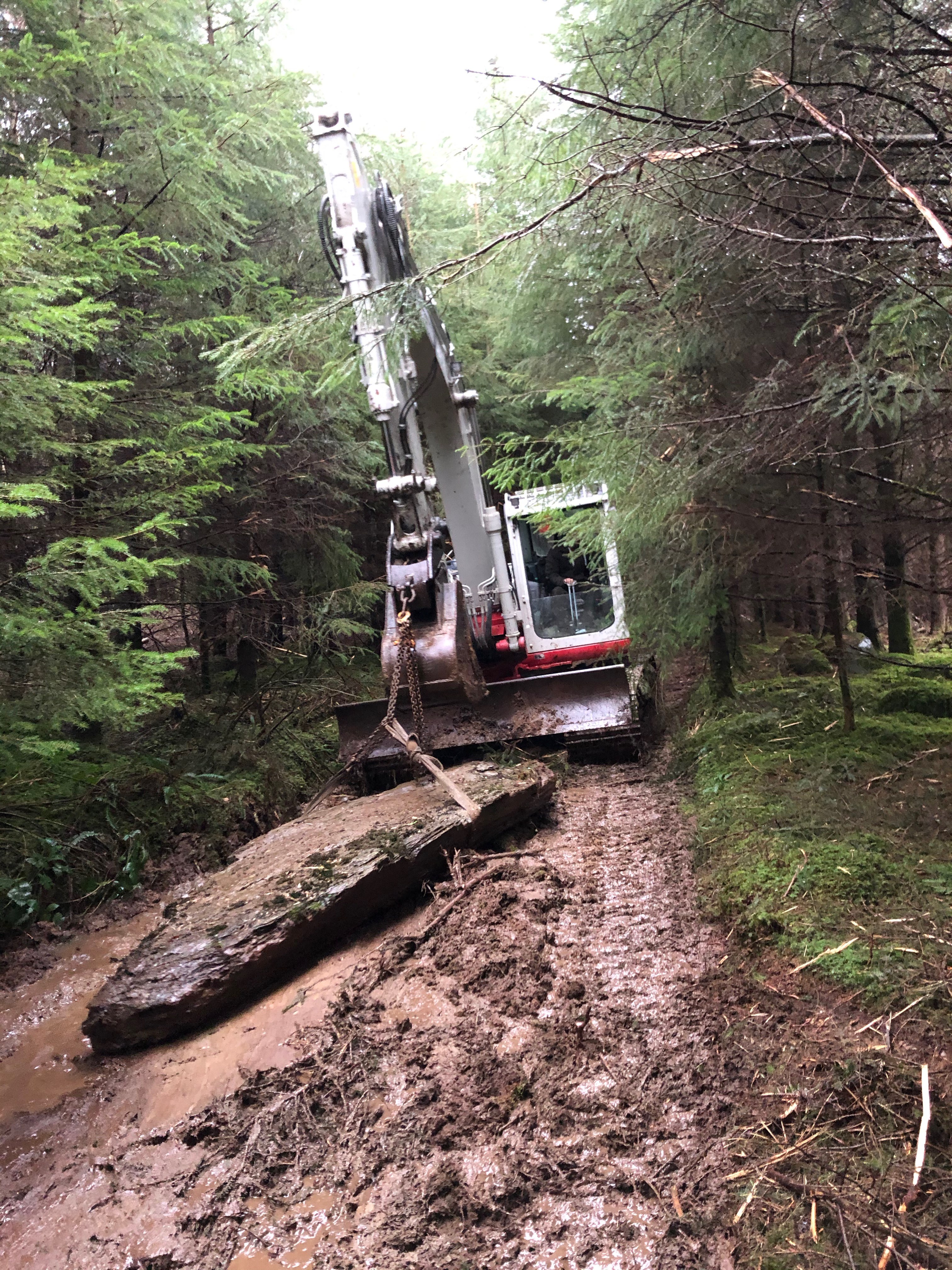 I have an urge, is it childish, or is it ancestral, to stand long stones on end. It’s certainly not original. In fact stones-on-end are about the only evidence we have of neolithic tastes. The more trouble it took, apparently, the better. Look at Stonehenge.

We moved a handsome stone from Wales down to our garden in Essex, and reluctantly left it there when we moved to London. We had fixed it too firmly. Now we are in the process of moving a larger one (the first was 11 feet long; this is 15) to dignify ‘our’ garden in the New Forest. Last week we reclaimed it from deep in the woods, where for years it has been serving as a bridge over the fast-flowing Afon Dwynant.

I’m afraid the collateral damage will take a year to two to mend. Our future menhir was spanning a gulf over a torrent , hemmed in by tall firs. How do you grab a hold of a heavy object at right angles to where you are? The answer is a huge tractor equipped with a ‘bucket.’ The tractor itself is 10 feet wide, and weighs, with its articulated arm, 17 tons. To say it leaves traces is an understatement. We had to debranch or totally demolish a score of Sitka spruce to give it passage – not a process for delicate feelings. The sheer noisy brutality of it grinding and crashing through the forest would melt a snowflake at half a mile. I admit I revelled in it, as a hundred horsepower and ingenious hydraulics achieved what would have taken workers with only rollers and levers half a year. The only way to get it to the road half a mile away was to drag it sliding through the (abundant) mud on the end of a chain (having snapped three stout straps). Now it’s loaded on a trailer for the journey south.