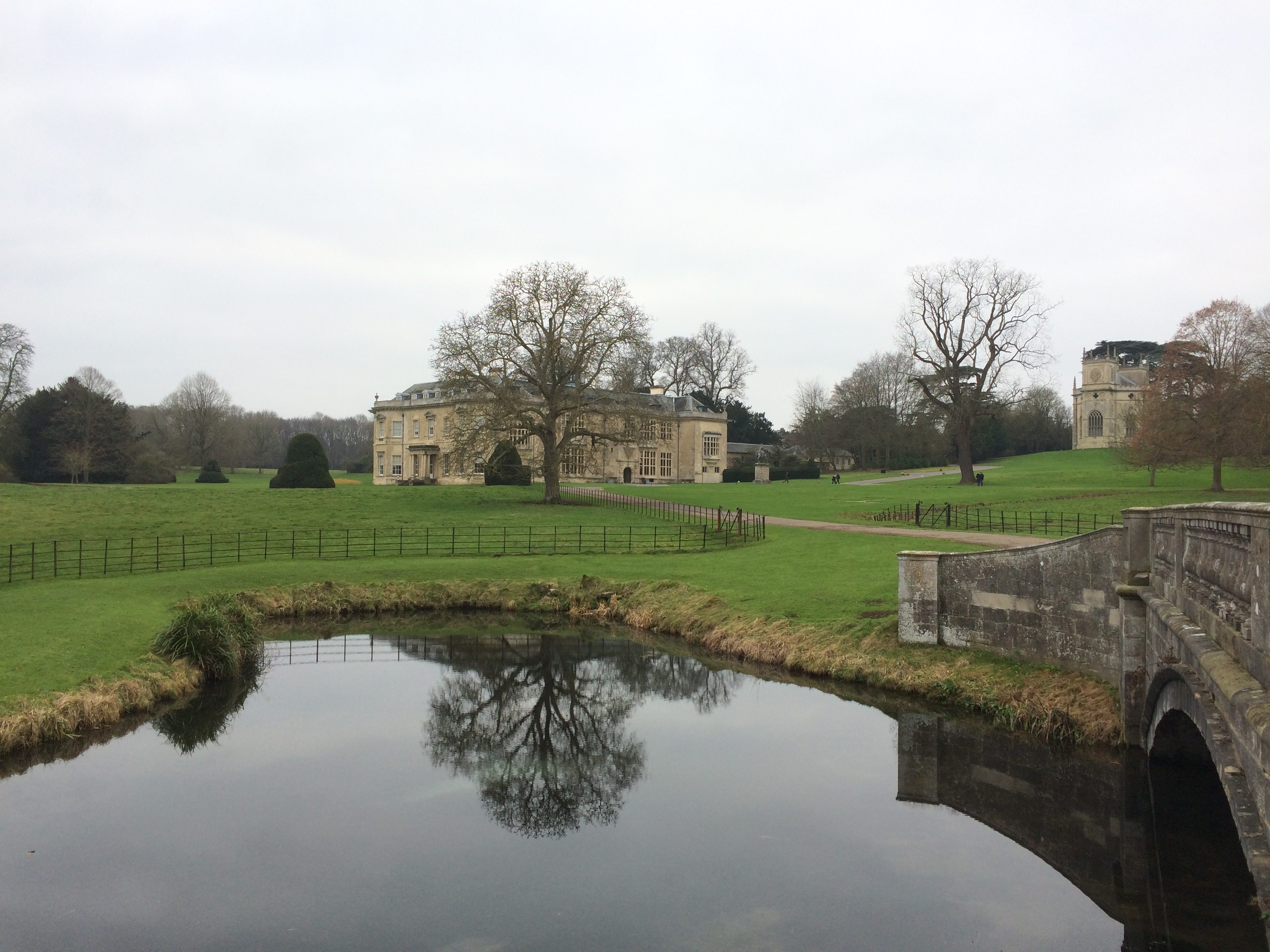 Hartwell House, near Aylesbury, in January

Historic House Hotels is a group of three distinguished country houses converted into hotels and given to the National Trust by a philantrophist who deserves our applause, Richard Broyd. It was his idea to buy them, restore and  adapt them, his skill that made then both convincing and authentic as both country houses and hotels, and his generosity that paid the bills.  Hotel profits all go to the Trust; it is a remarkable gift.

We had stayed before at Middlethorpe Hall in York, a handsome Queen Anne house with a lovely garden, once the home of Lady Mary Wortley Montagu, beside York racecourse. We know Bodysgallen Hall, in ‘our’ part of North Wales, very well, particularly its seemingly original 17th century garden. Hartwell House, the nearest to home, we had never visited, despite its intriguing story (see Trad’s Diary, July 7, 2015) as the residence for five napoleonic years of the exiled King of France, Louis XVIII, the fattest of his line, who made maximum use of the kitchen garden.

None of the three hotels is huge; no Chatsworth or Woburn; rather the big manor, manageable today at a long stretch, and with dedication, by a family. Not intimidating, therefore, as a place to celebrate and stay. Richard Broyd and the National Trust have perfect pitch for the appropriate tone,  standard of decoration and furniture, pictures and upkeep that feel true to life in a country house on this scale.

Hartwell sits on the edge of the Vale of Aylesbury, in a park that shows signs of being enjoyed, and added to, in each of the past three centuries. The house, long, low and perhaps just sub-stately, is Jacobean at the front and Georgian at the back, entirely harmonised by the medium of buff-grey stone. If you want to see high horticulture Hartwell is not the place. Cross the Vale of Aylesbury to Waddesdon or Ascott to see garden perfection Rothschild-style; every bud predestined, every twig told what to do.

Hartwell is about prospects and produce – and perambulation. The walled garden is for supplying the excellent restaurant (as it once supplied the French king) and the park for amiable strolling after lunch. It belongs to the time when an arch here, a bridge there, a temple on that mound, a statue in that alley, an ice-house by the lake, broad prospects and teasing glimpses were the owner’s orders and the designer’s delight. The owners, in this case, the Lee family; the designer Richard Woods. The fact that today there seems to have been harmonious continuity, and that we can enjoy it, we owe to exceptional altruism.