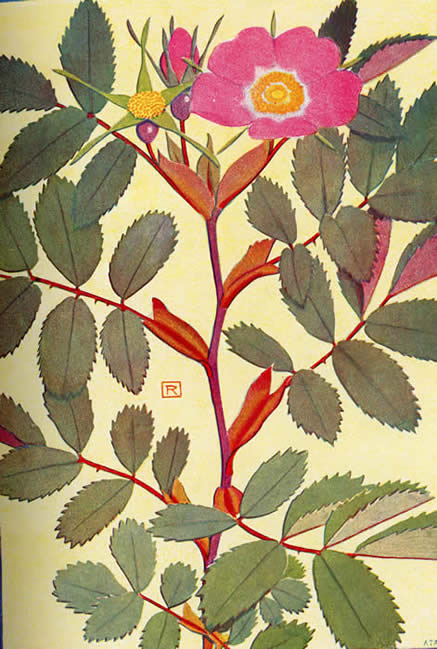 The least welcome sound to any gardener? Four syllables: honey fungus. I suspected it the moment I saw the rose that accompanied my working life for 20 years, three feet from my desk, winking its harlequin flowers at me all summer through the window, sicken and, within ten days, die.

It was the so-called climbing form of Rosa mutabilis, the slender Chinese rose that changes colour from orange in bud to deep crimson-pink as the simple wide-open flower, once pollinated, fades and falls. I planted it in the wall-corner to the left of my window, knowing that its slender structure of smooth purple stems would not get out of hand and that its flowers would entertain me for much of the year. I liked its story, too, as Graham Stuart Thomas tells it. It was given by Prince Borromeo, the fortunate gardener of those two romantic islands in Lake Maggiore, Isola Bella and Isola Madre, to Henri Correvon, the Swiss botanist whose Flore Alpine excited me in youth like no other flower book. When you see this plate, one of his friend Philippe Robert’s illustrations, you will see that it lies at the heart of what we call Art Deco. Robert did not paint Rosa mutabilis, alas.

My plant on the wall grew to nine feet, hardly qualifying it as a climber, but beautifully framing the window, invaded from the other side by grape-vines.
The rose is dead and the vines are sick. Wisley confirmed that the root I sent to the pathologist was killed by Armillarea mellea – though its black bark, peeling off to show a layer of white mycelium, was scarcely open to other diagnoses. I remembered then that the Japanese anemones in the bed under the windows had once grown so tall that I peered out through their white flowers and vine-like leaves; then next year had barely reached the sill. That was nearly 20 years ago. Had the malignant fungus been lurking along the base of the wall all this time?

The document that the R.H.S. sends out to victims is full of data but little encouragement. The black bootlaces of honey fungus can travel a metre a year, they say, and reach as far as 30 metres. I look despairingly round at the plants within a 30-metre radius. They include magnolias (susceptible), a cedar (highly susceptible), a number of roses, a quince, a crabapple …….. Do I see wilting shoots, or just imagine them?

‘There is no treatment available’ goes the usual rubric – with a subtext, I always feel, of ‘to mere gardeners like you’. Bray’s Emulsion, the old panacea, has been condemned as unsafe (or at least, by E.C. standards, untested). How many gardeners has it killed or disabled? I think we should know. You can still get creosote, a rough and ready version, but woe betide you if the police sniff it around your plants.

Meanwhile the ancient grape vine on the gable is dying, and the next one along the front of the house is looking poorly. Does some witch-doctor know a spell?