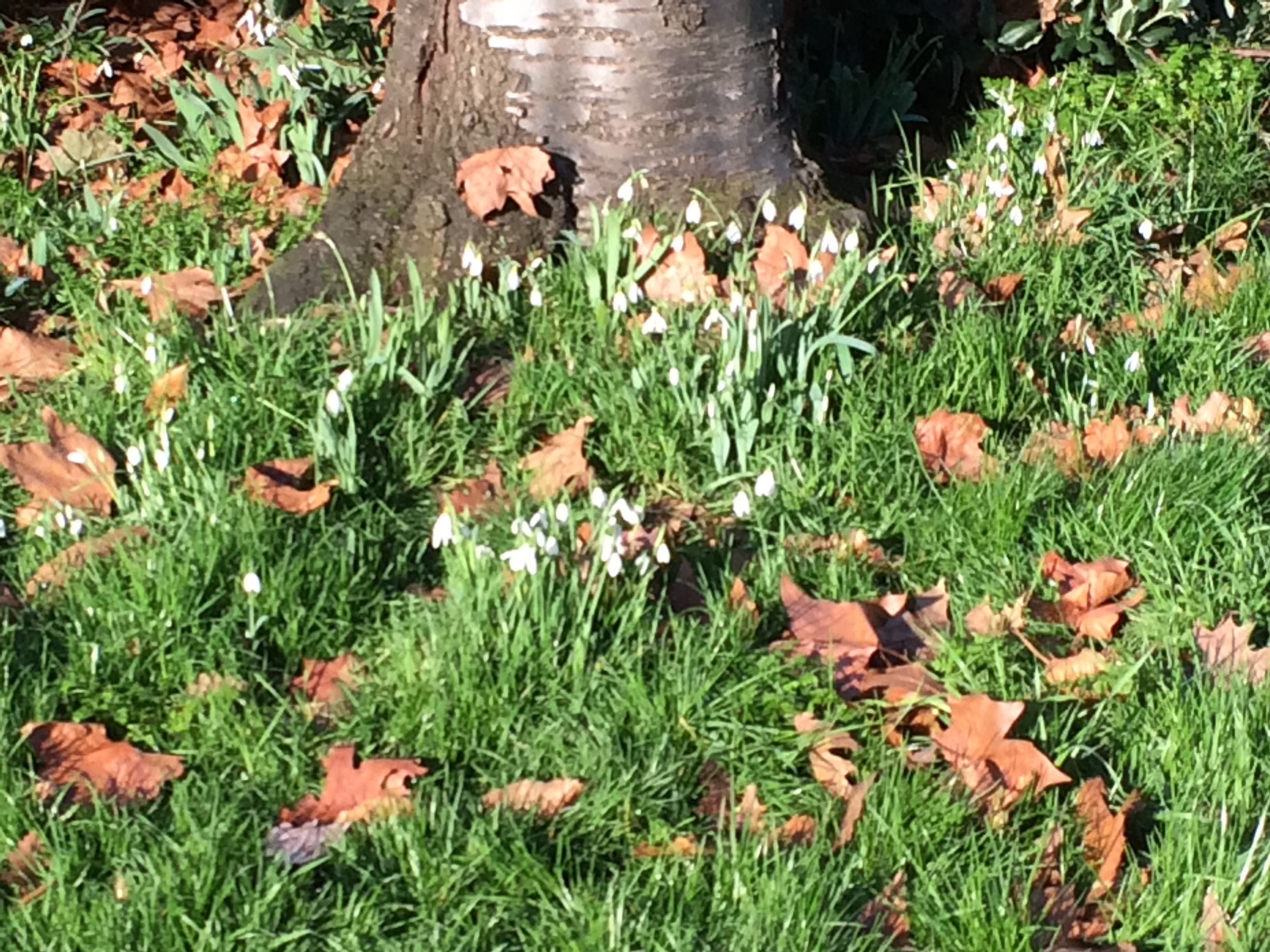 I spotted my first snowdrops in Kensington Gardens the other morning, near the Italian Garden. Then I retreated from the sleet, lit the fire and started googling. If there are better ways to forget the gathering gloom at three o’clock I’ve forgotten them.

My first question to the omniscient sage was when were Kensington Gardens, planted and laid out as the gardens and park of a royal palace, first opened to the public – and the answer: gradually, during the time of the Georges, but only to people who were ‘respectably dressed.’ When Victoria, born in the palace, became Queen in 1837, she moved to Buckingham Palace and Kensington Gardens soon became a popular promenade.

But googling Kensington Gardens then brought me to a poem, and a poet, I had never heard of. Thomas Tickell was, I learnt, a friend of the local essayist Joseph Addison (who founded The Spectator and  gave his name to Kensington’s Addison Road).

Those were the days of the heroic couplets that sound so rumpty-tum today. You can get away with quoting a line or two of Pope, and maybe Dryden, but the long rhyming columns that amused Georgian gentlefolk no longer cut it these days. One of Tickeill’s longest efforts (500 lines of it) is called Kensington Garden. The plot needn’t detain you: we’re in the realm of fairies. Prince Albion is in love with Kenna, the mythical princess of Kensington. He is mortally wounded. She looks for a plant to cure him, and comes up with a snowdrop.

Or is it? It looks like one, but perhaps it’s the mythical moly. There were once as many mythical plants as animals. Unicorn, Griffon, mandrake and moly were all good enough for the pre-scientific world. Phylidda Spore, the headmistress of Hogwarts, gives more details in her 1000 Magical Herbs and Fungi. Moly is described as having a black stem, white flowers – and the power to counteract enchantments. It was also hard, or impossible, to pull out of the ground. There is a species with its name today: the little yellow Allium moly. Tennyson’s lotus eaters, Ulysses’ crew, drowsed away their time ‘prop’t on beds of amaranth and moly.’ Amaranth is Love-lies-bleeding. Perhaps Kenna would have done better with that.

To be fair to Tickell, I should give you a verse from his more popular Colin and Lucy;

”By a false heart and broken vows/In early youth, I die./Am I to blame, because his bride/Is thrice as rich as I?