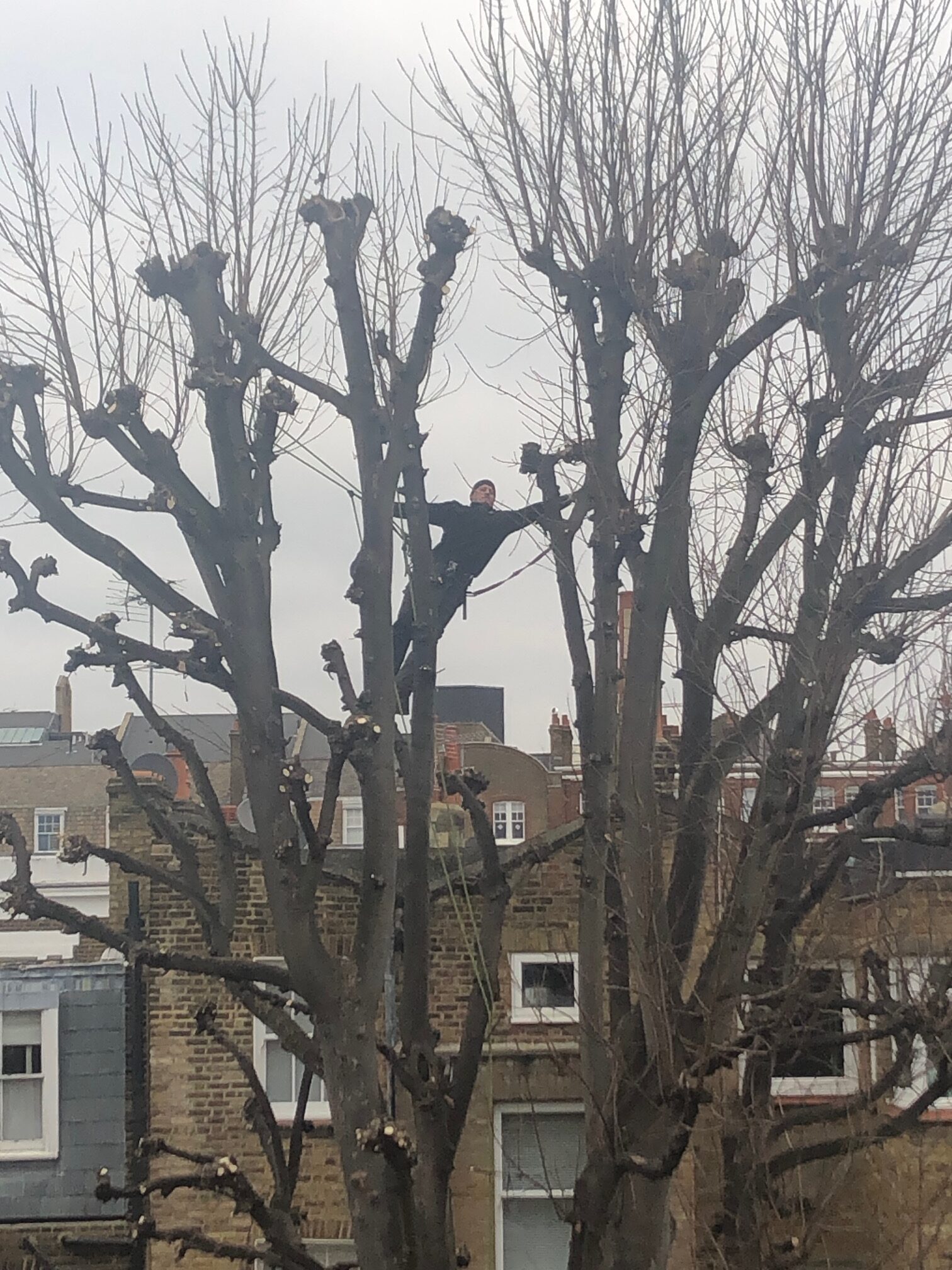 Its biennial tree-pruning time. It’s not the tree that’s biennial, but the massive operation of cutting it down to size. The sycamore at the end of the back garden was a wartime baby. Its girth of 80 inches means it was a sapling in the 1940s, a typical weed sycamore on, I guess, a compost or rubbish heap. There is an unsolved puzzle about our sixty-foot garden: The far twelve feet are four feet higher than the rest, paved, balustraded and reached by four stone steps. They are four feet higher than the surrounding gardens beyond the walls too.

How, and why? The sycamore is on the higher level. Did its seed germinate on a rubbish heap (not unlikely, during the war)? But does it seem probable that someone would pave and balustrade a rubbish heap? Were they simply respecting the roots of a young tree? Many London gardens end with a buried air-raid shelter; there is not one here. For whatever reason our garden is on three levels, the kitchen on the lowest, with the greenhouse on the middle one. It certainly gives it character.

The sycamore, however, is an expensive feature; at more than a thousand pounds every other year you could say a luxury, and one we can’t avoid. Today’s entertainment (and summer shade) is our reward: two athletes up in the canopy, cutting and dropping every whiskery shoot, and two helpers on the ground gathering them and carrying them through the house. There is no side entrance so they come through the narrow hallway, stripped of everything we can move.