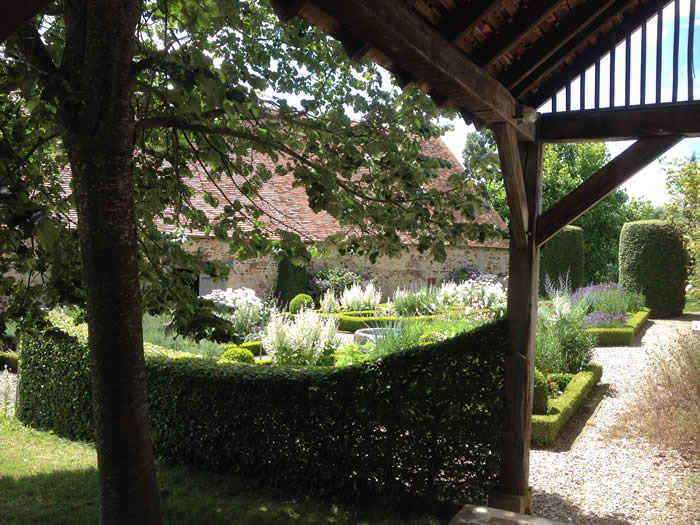 Can there be a greater satisfaction in gardening – or in life itself, for that matter – than seeing your careful plans coming to fruition? It is ten years since we sold our place in La France Profonde. Veteran readers of Trad may remember my probably obsessive accounts of tree-planting, building and garden-making in the wide open spaces of the Bourbonnais, the northernmost part of the Auvergne. Bocage (as in Normandy) is the term for the repetition of field and copse and wood and hedgerow that makes such soothing and satisfying prospects.

The vast green rug of the Forêt de Troncais, 25,000 acres of tall oaks, the best destined for wine barrels, dominates the region. Our little farm lies in its pastoral fringes. Charolais cattle, bulky and pale, are the main signs of life around the red-roofed farms.

Our successors have kept everything going as we planned it – even our ancient Land Rover. We bumped around the familiar tracks, looking up at trees I remember as little saplings. Pines we planted in 1994 have had their first thinning and now look like grown-up forest. Oaks that seemed so reluctant to grow at first (and needed expensive protection from the deer) are now an impenetrable green wall, house-high. Better still our successors keep the network of rides open and mown for their horses; perspectives that were lines on the ground are now gloriously three-dimensional; the shape we gave the landscape in our imaginations is a reality of masses and spaces, shapes and textures, with a logic that reveals itself as you move.

In the only spot where the gritty acid soil is deep enough, with enough moisture, I planted half an acre of American oaks and maples to fire up in autumn. Sugar maple and swamp, scarlet and willow oak are trees I could only dream about at home. Here in acid soil and a continental climate (it was 35′ C when we were there) they far outgrow the native species.

And the parterre we squeezed in an awkward sloping trapezoid space between house and barn has acquired authority; you can’t imagine the enclosure filled in any other way than with its beds of box, its walls of hornbeam, troughs of hydrangeas and a froth of blue and white flowers. Only the vineyard has gone, to make a paddock. They were right: the wine was never going to be great.