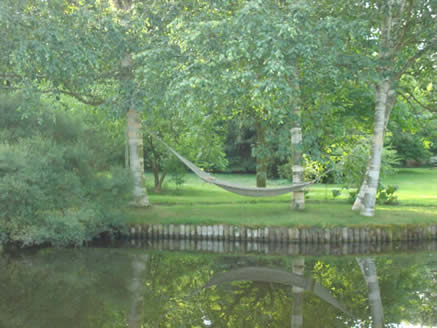 ‘Betula’ Schilling would not be amused. He has given me a dressing down in the past when I have admitted to peeling birches.

The man who taught us an important part of what we know about this delectable genus, hunting them up into the Himalayas to determine how much or little, and how consistently, their variety of coloured bark and shape of leaf change with geography, feels strongly that each layer of the papery skin is vital to the tree. Only the tree should decide when to slough it off. Meanwhile it should hang in peeling shreds and blow in the wind like a scarecrow’s jacket.

On the other hand, to the older gardener who haunts the West End less than he did, peeling birches makes a satisfying form of strip tease. Off comes the dingy outer layer, mossy and stained, volunteering itself with snags and loose ends, appealing to be peeled; yielding, though, only in modest ribbons, that sometimes girdle the tree but more often stop coyly just as it gets exciting.

Guiltily, aware of Tony Schilling’s disapproval, I look for another snag, a lifted corner of bark to take hold of. Peeling away it reveals the laundered

shirt, immaculate and creamy, smooth and slightly waxy to the touch. Under the shirt, glimpsed only where it tears, is the tree’s bare skin, flesh-coloured,not ready yet to be bared to the light. Tempting, though.

Yesterday we ceremonially hung the hammock; the symbolic act that declares the summer open. (When we will have time to use it is an unanswered question.)

Last year we slung it between two larches near the summerhouse and the water garden. This year we went further afield, to the little promontory into the pond we call the Red Sea (a long story, that) where four white-trunked Betula ‘Jermyns’ are reflected in the water. Watching the two companionable carp in their calm cruising is my favourite pursuit. Now the hammock hangs between two of the birches, with a third within a short arm-stretch to push off for a gentle swing – or to find a loose end of bark to peel.