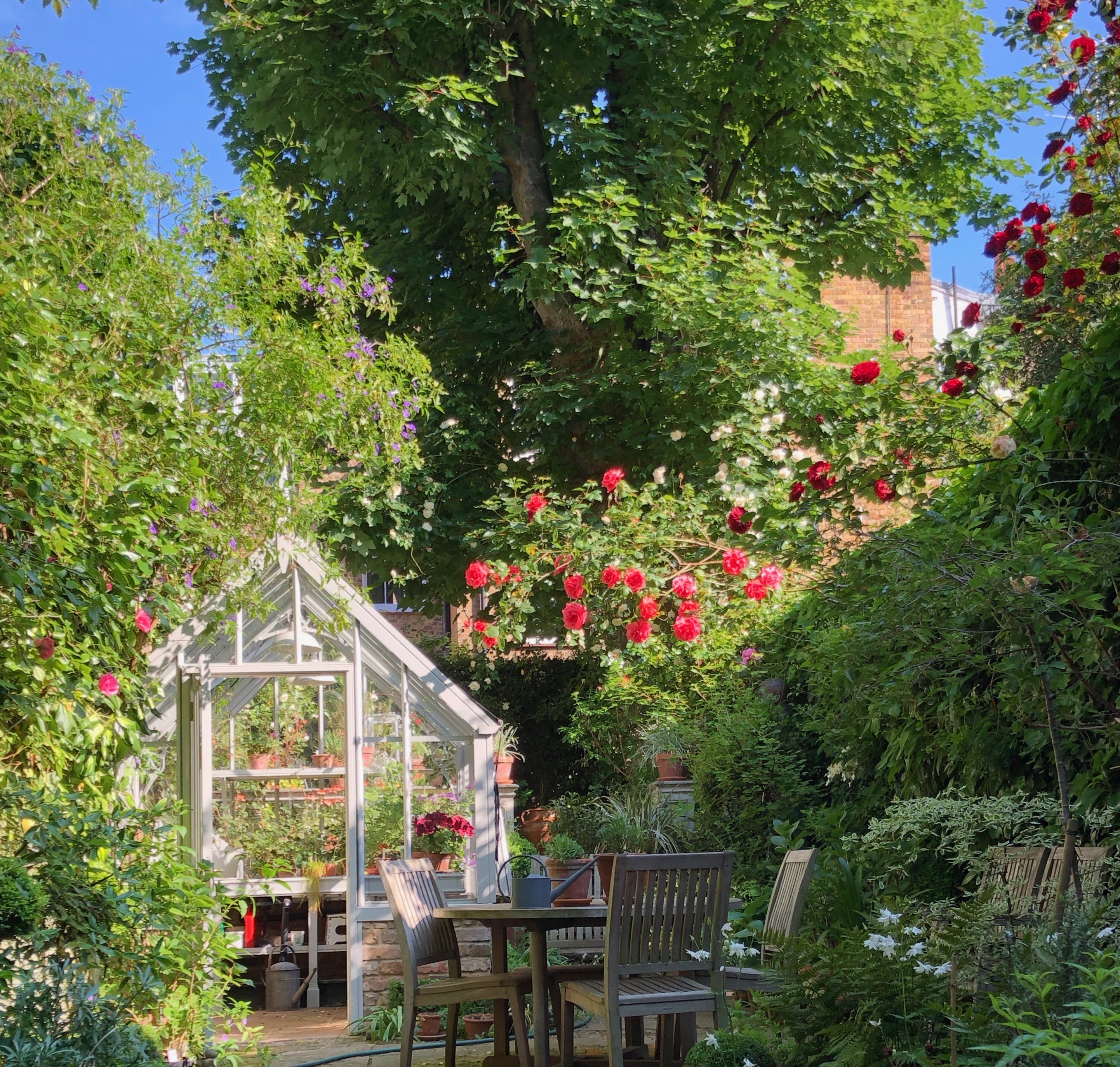 It was no part of our garden plan to have a pink rose arch across the middle, springing from the wall and resting on the greenhouse. It is a bonus of this über-flowery season, primed I’m pretty sure by the warmth of last summer. The hybrid teas from next door (our neighbours have a rooted objection to pruning anything, ever), having over-topped the ten-foot trellis by another seven or eight feet, are so weighed down by their flowers that they flop right across us. There are two: a sumptuous scarlet and a sunset pink one with blooms like cabbages, each weighing I suppose a quarter of a pound – and if it ever rained, very much more….

They have gatecrashed a party that already had a lot of colour. The pink of Bantry Bay definitely disagrees with our new cabbage friend – and also with Parson’s Pink China, which I have carefully planted so it is hard to see both at once. Iceberg, Alister Stella Gray and Mme. A. Carrière are neutral enough, but the ructions start with the purple of the potato bush (now a tree, and now no longer a solanum) Lycianthes rantonnetia and the yellow Clematis orientalis I slyly slipped in for a cunning contrast. Quarter-pound pink cabbages dismiss any such airy notions. What is airy, though, is the ultra-lightweight Chilean climber Eccremocarpus scaber. Its little creamy flowers peep out at the top of all this blue and yellow on the most delicate, flimsiest under-pinnngs.

What a sourpuss I would be, though, to censor this riotous behaviour.