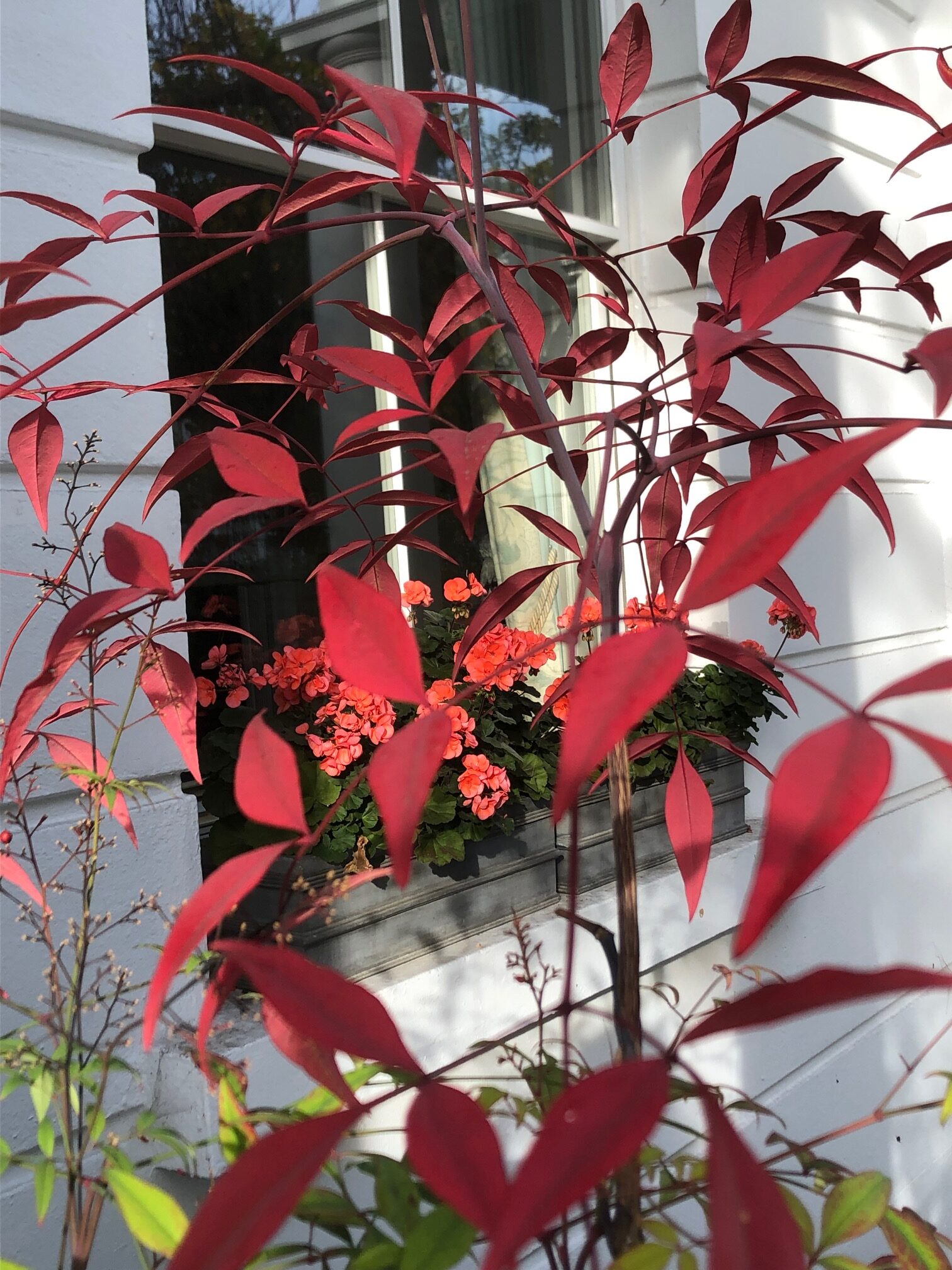 Exciting is scarcely a word you would apply to a Nandina. Nor is ‘glamorous’. ‘Worthy’ is perhaps the word for them. Their moment comes late in the year with a possible crop of scarlet, or on one variety yellow, berries. They are more respected in the Far East, where they are even called Heavenly Bamboo (though they are not remotely bamboos; rather a relation of berberis, which seems almost as unlikely). In Japan they have symbolic value, as the equivalent of Welcome doormats. In Japan there seems to be one on every doorstep.

Mine, though, is different. It does excite me. In fact it is positively sporting. I grew it from seed I collected in the botanic garden at Kobe, the port city near Osaka. It lives in a pot (by the front door, of course) and has led a blameless life for years. This year it got frisky. It has put up an extra vigorous shoot, which has turned a bright plummy red, with a lovely bloom on its leaves and handsome purply stem. This is not its autumn colour, strangely enough, which tends more to green: there is a greening tendency now in some of its leaves. I’d love to propagate it, but I’m nervous about chopping off this precious shoot.

Elsewhere, I’m putting little bulbs in tiny pots to put on the table in the New Year. I remember the dining table at Château Mouton-Rothschild, where Baron Philippe de Rothschild used to decorate his table at dinner with irises; just one Iris reticulata or danfordiae in a tiny terracotta flowerpot by each place. He was a perfectionist, not only in his sumptuous claret and his unique museum of objects relating to wine, but even with his front drive. It was deeply covered in white pebbles. You couldn’t help leaving footprints in them when you arrived for dinner. When you left they had all been raked away. They do that in the most prosperous Japanese temples – less the dinner, of course. Not so often in France.