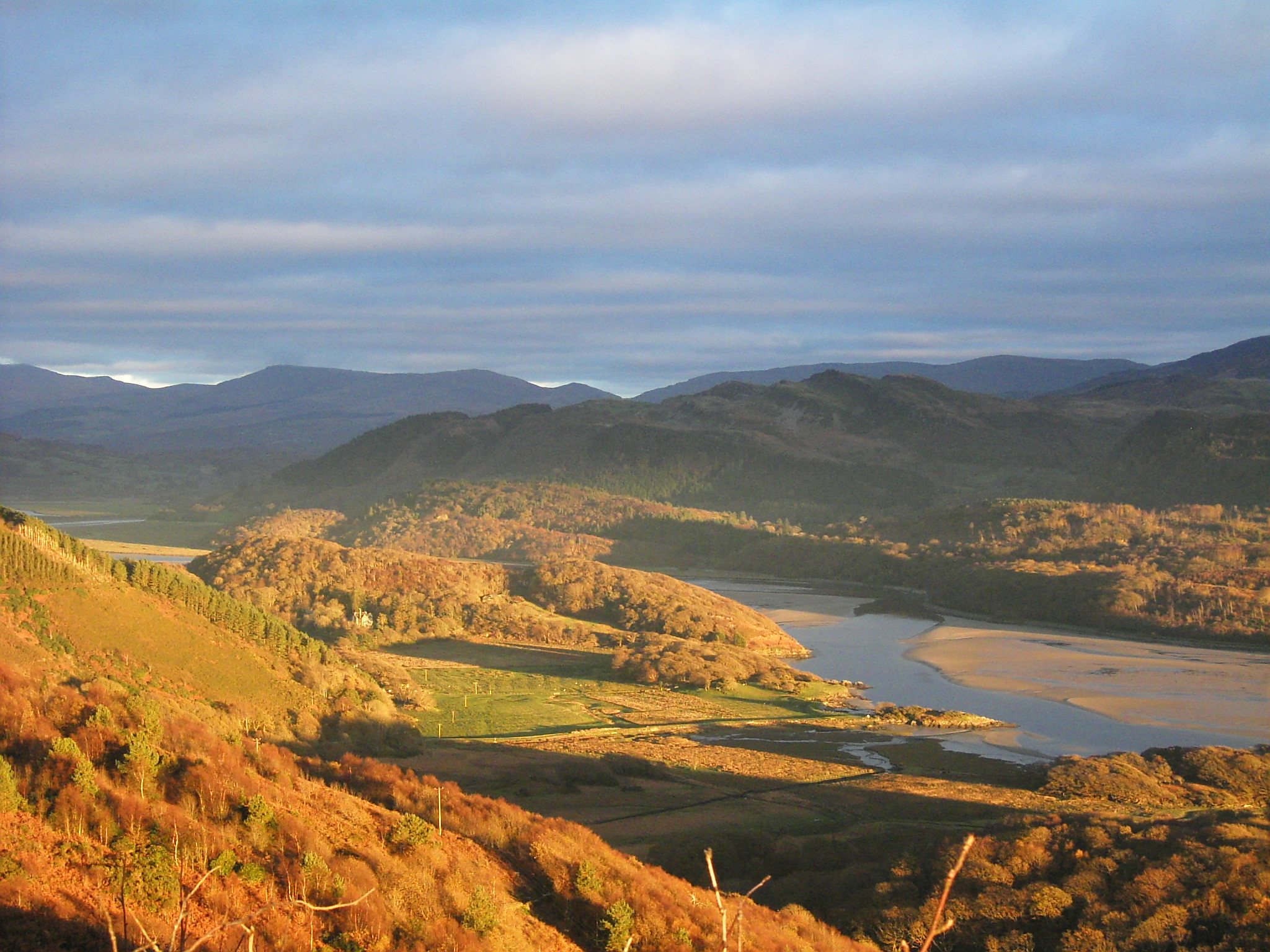 Wales in October is an annual fixture for us. The week before the clocks change, while teatime is still daylight. In the cloudless skies we’ve been having, you could say an excess of light; the west becomes an unfocussed dazzle. But what glory when gold touches the hills, the trees, and in the river the patient anchored boats.

And what a privilege it is not only to walk in this landscape, but to have a hand in shaping it. A forester is almost alone in being able to make the boldest and most immediately obvious alterations – not always to universal applause. A clearfell on a hill is as radical a change as flipping the flap or ‘slide’, as Repton called them, in one of his Redbooks. But of course irreversible. If people approve of (most of ) what we do in Wales it is because we are felling the dark masses of Sitka spruce and replanting with more sympathetic species – or in most cases mixtures of species.

The immediate aftermath of a clearfell is inevitably a mess: logs and stumps lying higgledy-piggledy among piles of brown brash. We usually plant new trees within a year, straight into the mess. For two or three years they are scarcely visible, as the mess subsides and turns grey.  Then your eye picks up the lines of green and recognises oak, larch, spruce  or pine or beech or Douglas fir, softened by a haze of self-planting birch. Within five years the hill is green again.

Our concern now is about larch. Phytophthora ramorum has already cost us a considerable plantation. Now we hear of a new disease, being referred to as ‘Red Tongue’, that can kill larch from the roots up (the phytophthora starts at the top). Larch, after oak and beech, are our favourite trees, holding their feathery heads, now brilliant yellow, high aloft on pencil-straight trunks and showering everything below with weightless golden needles. They are also some of the most fecund trees; their pale seedlings come up everywhere, little lights in dark corners. Anything that wiped them out would be a tragedy.

For the moment we are concentrating on the streams that chatter or slide, and occasionally rush, down their little courses to gather in the Afon Dwynant in the valley, and gurgle on through the trees, eventually to the estuary. We are clearing a path along its whole length, as close to the water as possible, sometimes bridging it, sometimes diverting round a mossy sheep pen or a veteran tree. The music of the water is a cocoon around you as you walk, shutting out the world as the stream dances and glitters at your feet.