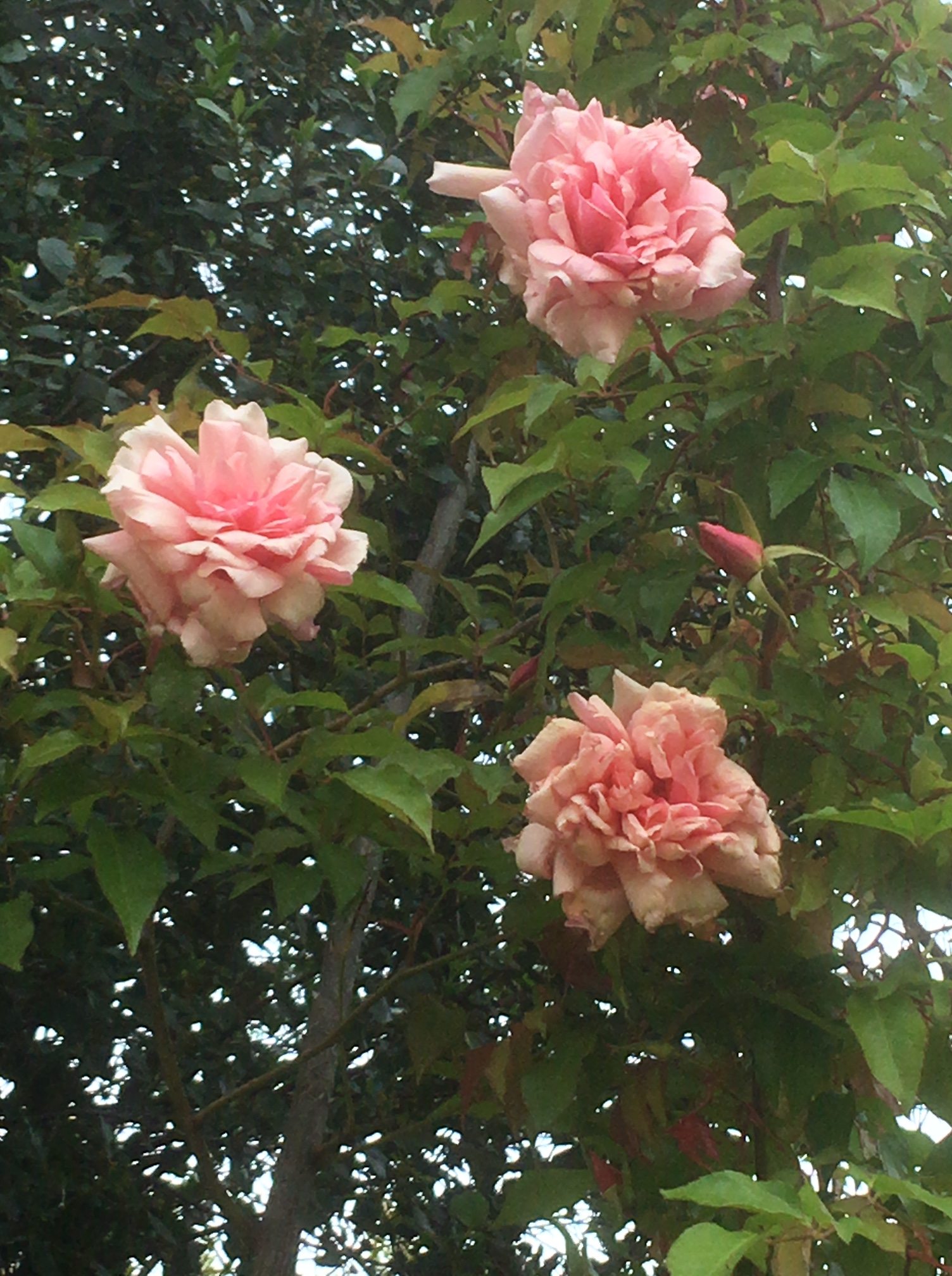 Beaulieu Sur Mer is nearly a thousand miles south of London, but it is no more spring here than at home. The precursors, and the excitement, among the limited range of plants that tolerate this extreme climate, are the wisteria, just opening early buds, the irises (and I’ll talk about the purple one in a minute) and the iconic rose of the Côte d’Azur, La Follette.

Is there anything to match this precocious outburst of pink petals? There is a pink pigment through the whole plant – its new shoots and opening leaves are a tender pink-green – and a spring time surge of vigour that puts other roses to shame. Its flowers first appear here in mid-March, often high in tall olive trees, sometimes in a sublime combination with the delicate precocious white-flowered broom and later with the early purple buds of wisteria.

Often you spot its pure piercing pink blooms displayed naked against an azure sky. It seems such an essential part of the Côte d’Azur that I’ve delved into its history. It takes us straight back to the founder of the Riviera as a resort and a cult, Lord Brougham, Lord Chancellor of England. He discovered the village of Cannes in the 1830s and bought farmland going down to the sea on the Fréjus road, the ancient Via Aurelia, where he built a classical villa. It was the prototype for the thousands that followed; he called it Eléonor-Louise after his daughter, and employed a head gardener, Gilbert Nabonnand, who went on to breed roses, import exotics, and found a famous nursery business on Cap d’Antibes. Nabonnand was succeeded at Villa Eléonor (this is in Brougham’s grandson’s day) by an English – or possibly American – gardener, Jesse Busby. Rose-breeding was still a Brougham passion, and Busby experimented with the monster Chinese Rosa gigantea, introduced (to Lisbon) in the 1880’s, which can produce shoots thirty feet long in a season. In 1910 or so he came up with La Folette (or Follette, or sometimes Sénateur La F.) Could this be have been ‘Fighting Bob Follette’, a radical Republican senator and Governor of Wisconsin, who died in 1925? In which case there are two Fs, and my hunch that Busby was American has some grounds.

You can grow it in England if you have the space. Peer Beales lists it. We grew it in the conservatory at Saling Hall and it even tolerated potted life for a few years – though never as well as the sumptuous yellow Maréchal Niel. It has been a success outside in Sussex, and with our weather getting warmer it could be wonderful on a sheltered pergola.

The iris is the other treasure of the moment. It is pure deep purple, the whole flower. The local gardeners, Lucien and Pascale, have perfected its cultivation in a metre-wide bed of stony soil on the edge of an old olive terrace, alone, with no other plants of any kind. Every other year they dig it up, divide the tough brown rhizomes and set them back on the unpromising surface. With memorable results.