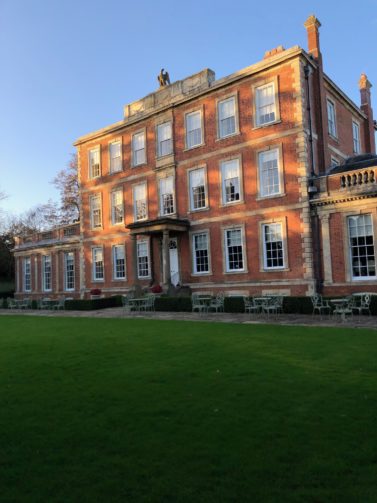 The blue plaque department of English Heritage could be confused. It has two applications to deal with for the same person: Fanny Wilkinson. One is for a house in Bloomsbury, the other for Middlethorpe Hall at York. Few people today know who Fanny was, but her story is worth telling, even repeating. She was the first professional landscape gardener of her sex.

Middlethorpe is where she learnt to garden; her father’s very handsome Yorkshire house, which is now a hotel owned by and run for the benefit of the National Trust, along with two others of equal beauty: Hartwell House near Aylesbury and Bodysgallen at Llandudno. The garden at Middlethorpe is still exceptional, intimate, productive and beautifully kept. Middlethorpe is also remembered as the one-time home of the prototype feminist, the diarist who introduced vaccination for smallpox, Lady Mary Wortley Montagu.

Fanny’s London address in Shaftesbury Avenue is gardenless, but her plaque celebrates her employment to design and make no less than 75 public gardens in London, principally in areas that sadly needed the blessing of greenery. Her principal employer was the Metropolitan Public Gardens Association, founded in 1882 by Lord Brabazon (later Lord Meath) in the general movement to improve the lives of the poor whose patron saint, or one of them, was Octavia Hill. The National Trust was another of Hill’s pioneering projects.

Fanny Wilkinson was no paper designer. She did more than the office work, surveying sites, persuading sponsors, finding materials, employing contractors and spending days on site supervising navvies as well as gardeners, a conspicuous role for a young woman in those days.

Many of her creations still exist. Myatt’s Fields in Camberwell is one of the biggest, at 14 acres. Vauxhall Gardens is another. Many were in the East End, and many former burial grounds. Economy and easy maintenance were priorities, so paths were often asphalt, and Fanny must have planted hundreds of plane trees. It was only thirty years or so since the revolutionary Birkenhead Park was designed by Joseph Paxton (and inspired Olmsted in making Central Park, New York). Who could be more deserving of a plaque – or two – than a woman who motivated and created so many urban oases?