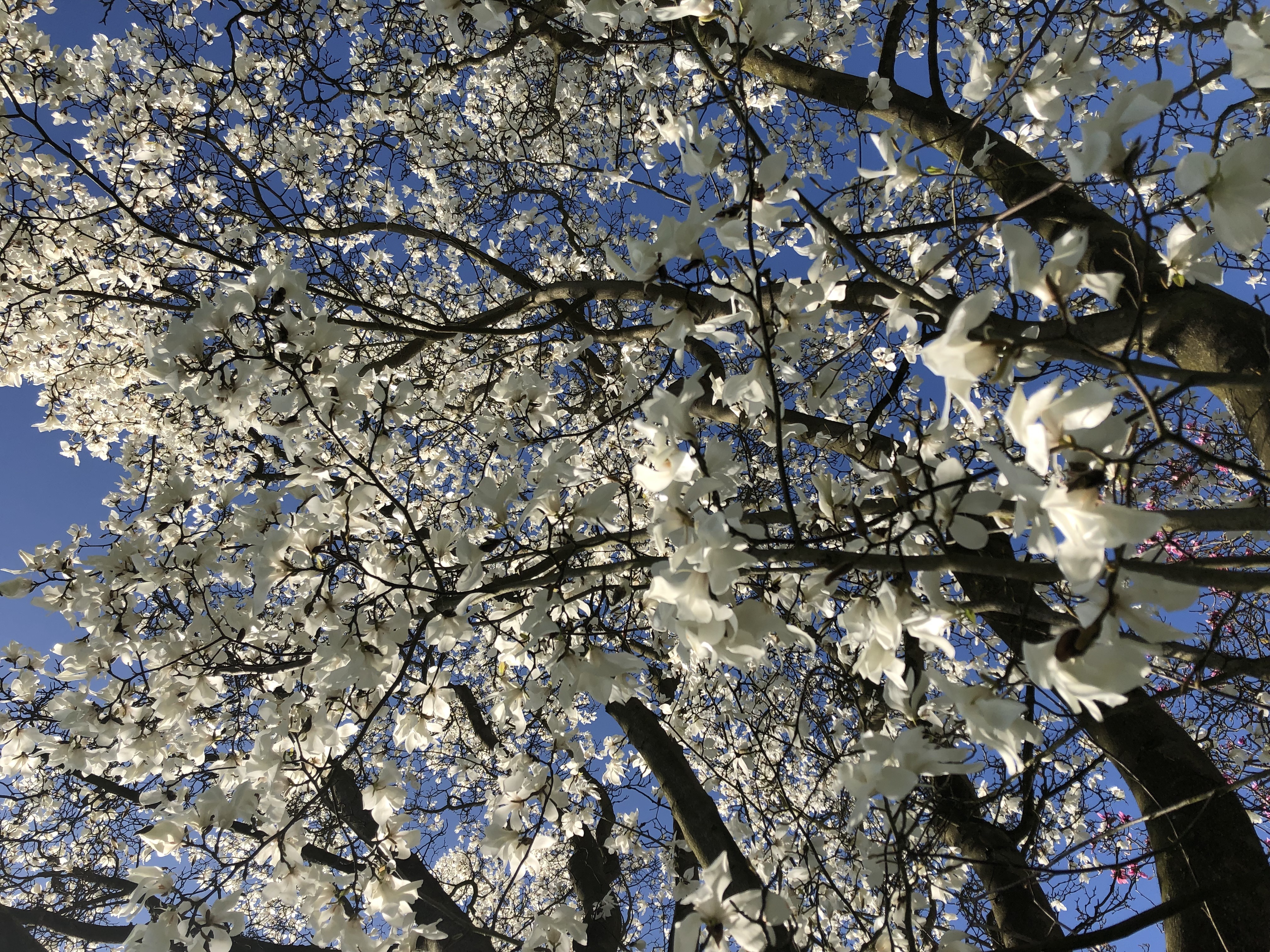 Readers will judge whether Trad has joined the so-called ‘woke’. I can just about picture a ‘woke’ gardener. A ‘woke’ garden? Full of xerophytes, I suppose, certainly no lawn, clumps of nettles…. I have no argument with it; what riles me is that in waking we have been robbed of some irreplaceable words. ‘Gay’ and ‘queer’ have left holes in the language, and ‘ecstasy’ is threatened by an amphetamine.

While we still have it, let me deploy ecstasy where it really belongs, to describe our – certainly my – feelings in the garden in spring. Many poets, perhaps most, have had a go, at least in passing (although autumn may have had more verse-inches). My favourite words on spring come from Gerard Manley Hopkins, who became a Jesuit, quit and invented a new form of verse he called ‘sprung rhythm’ that in some ways reminds me of the Metaphysical poets, Donne and co.  Here he is, alarmed, demanding

A strain of the earth’s sweet being in the beginning

In Eden garden. – Have, get, before it cloy,

It is his urgency that pulls me. Urgency and ‘juice’ – the essence of shoots springing from the ground, from old wood, to ripen in due course, but in the urgent moment green and vulnerable and demanding to be loved.