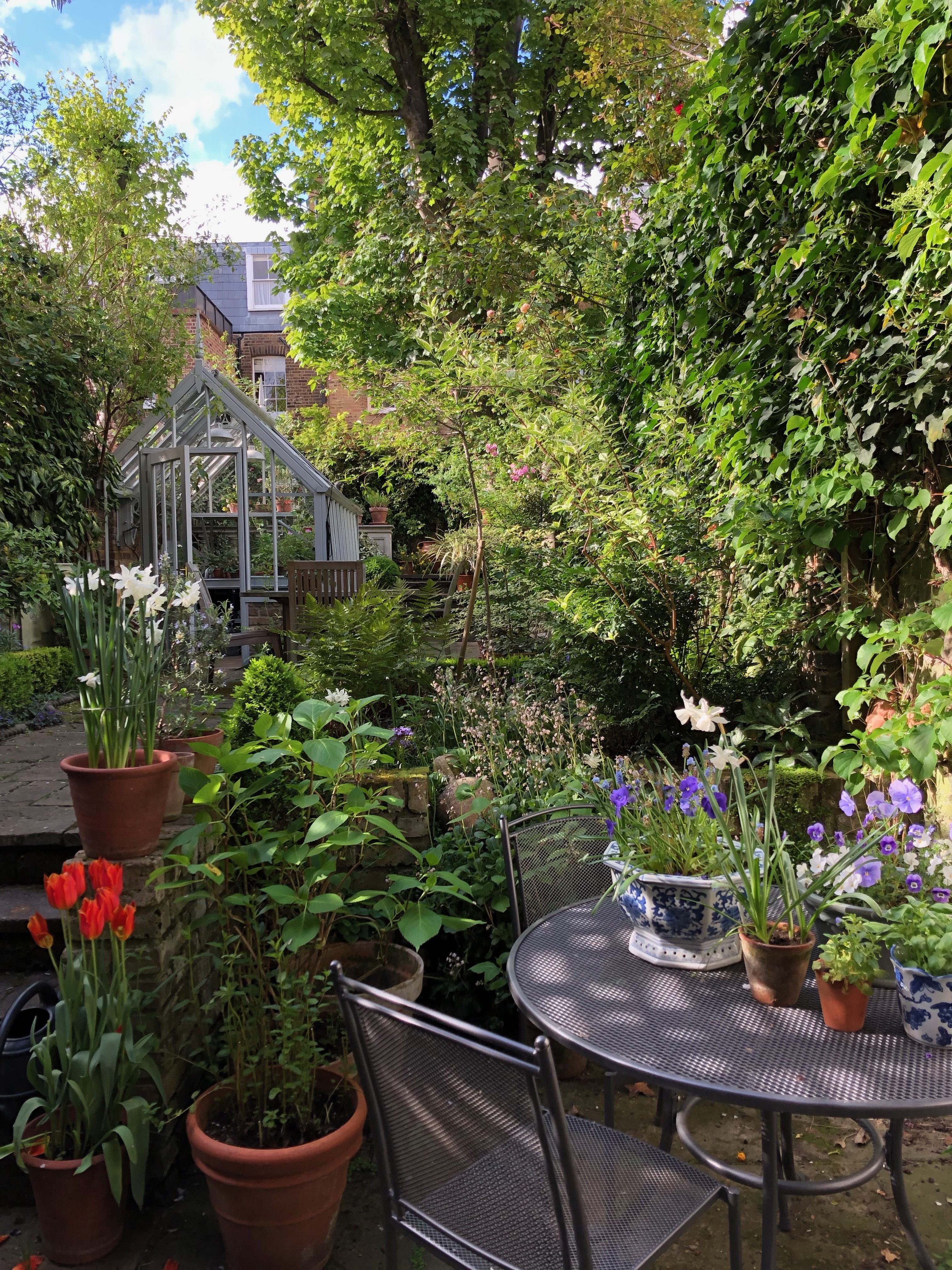 The scene of the crime

London (or at any rate Kensington) was in a trance over Easter. It was summer weather, London was radiant, but everyone had gone away. The streets were quiet, and in the enclosure formed by the terraces around us, nobody had a party: no music, conversation or barbecue smoke. I spent the afternoon writing a list of all the plants in the garden: 120, plus pots in the greenhouse. Then in the evening, after supper outside (this is still April) I sat with all the lights out, gazing at something I have scarcely ever seen in London: the stars. Nothing stirred: no wind, no birds, no sound of even distant traffic. Surely with such a clear sky, and an almost full moon there’ll be a frost? Warm air was pouring up from Africa; we were in an atmospheric duvet.

I had switched off the rather spasmodic pump that trickles into our tiny fish tank. For two weeks now I’ve been worried about our two Comets and a tiddler. The water has needed changing and the tank emptying of a winter’s worth of detritus. Only one of the fish has been coming up to feed, and that with little appetite. Over the weekend we found out why: he (she) is alone. What could have taken the others? It could only be a heron.

How a high-flying heron could spot the glinting surface of our tiny tank, only five feet by one and a half, I can’t imagine. Not only is it shaded by the wall beside the greenhouse, but the tall branches of the big potato bush hang over it. From the sky, I supposed, there would be nothing to see. There was a heron standing in the greenhouse ridge, I remember, three or four years ago. He flapped off over the garden wall when I showed up. So herons not only sail past, they come down to investigate. In most gardens they are as likely to find a frog as a fish.  How can we baffle them? I’d hate a net over the water; maybe just a cunningly placed wire?For all the serenity this little space encloses, nature is still red in beak and claw.