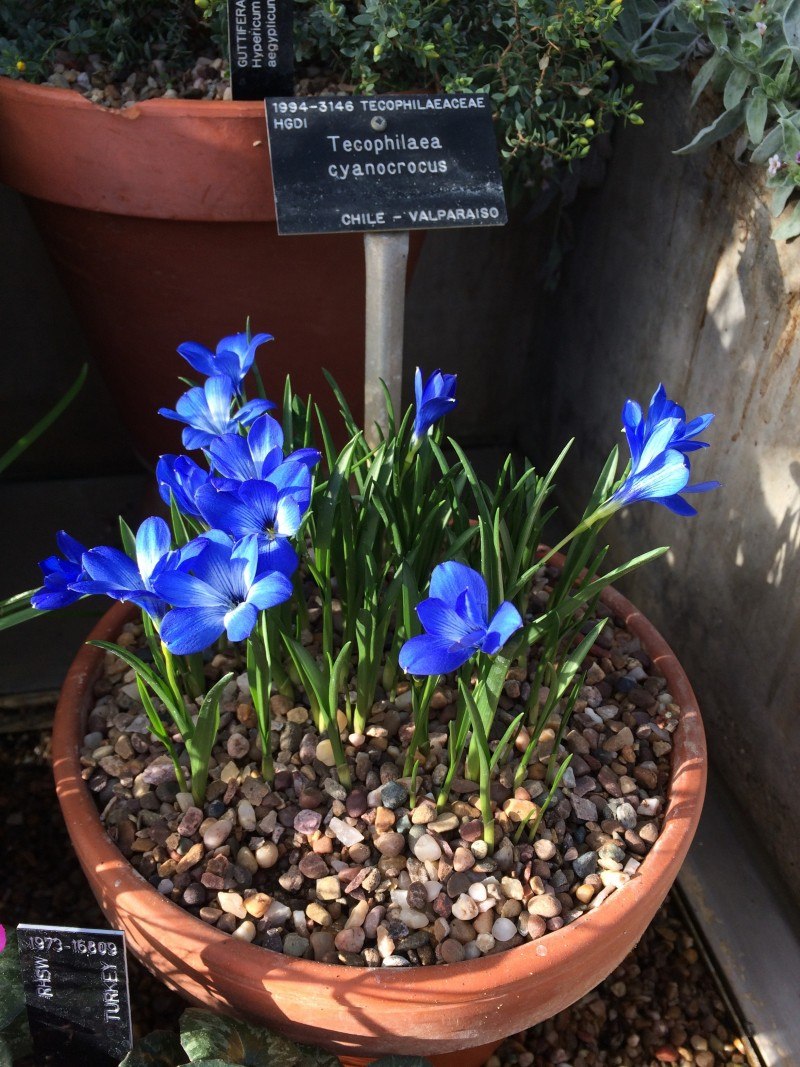 The first week of February is the time to catch two of the loveliest sights of winter in the Alpine House at Kew. The Chilean Blue Crocus, Techophillea cyanocrocus, is not a crocus (it has its own genus), and struggles to survive in the Andes at about the 1000 metre mark, on dry sheltered slopes. It is not easy in cultivation, but amply justifies a visit to Kew. The first pale pool of Tommie crocuses is opening under the trees at the same time.

Even lovelier, to my eye, and certainly rarer, is the Madeiran Squill, Scilla maderensis. Its red-purple bulb, sitting half out of the compost in a substantial pot, produces a tossing swirl of lush green leaves, crowned with several spikes of amethyst-blue flowers in an open bottle-brush formation that holds and freezes the light. It is the brilliant opening of the new floral year. 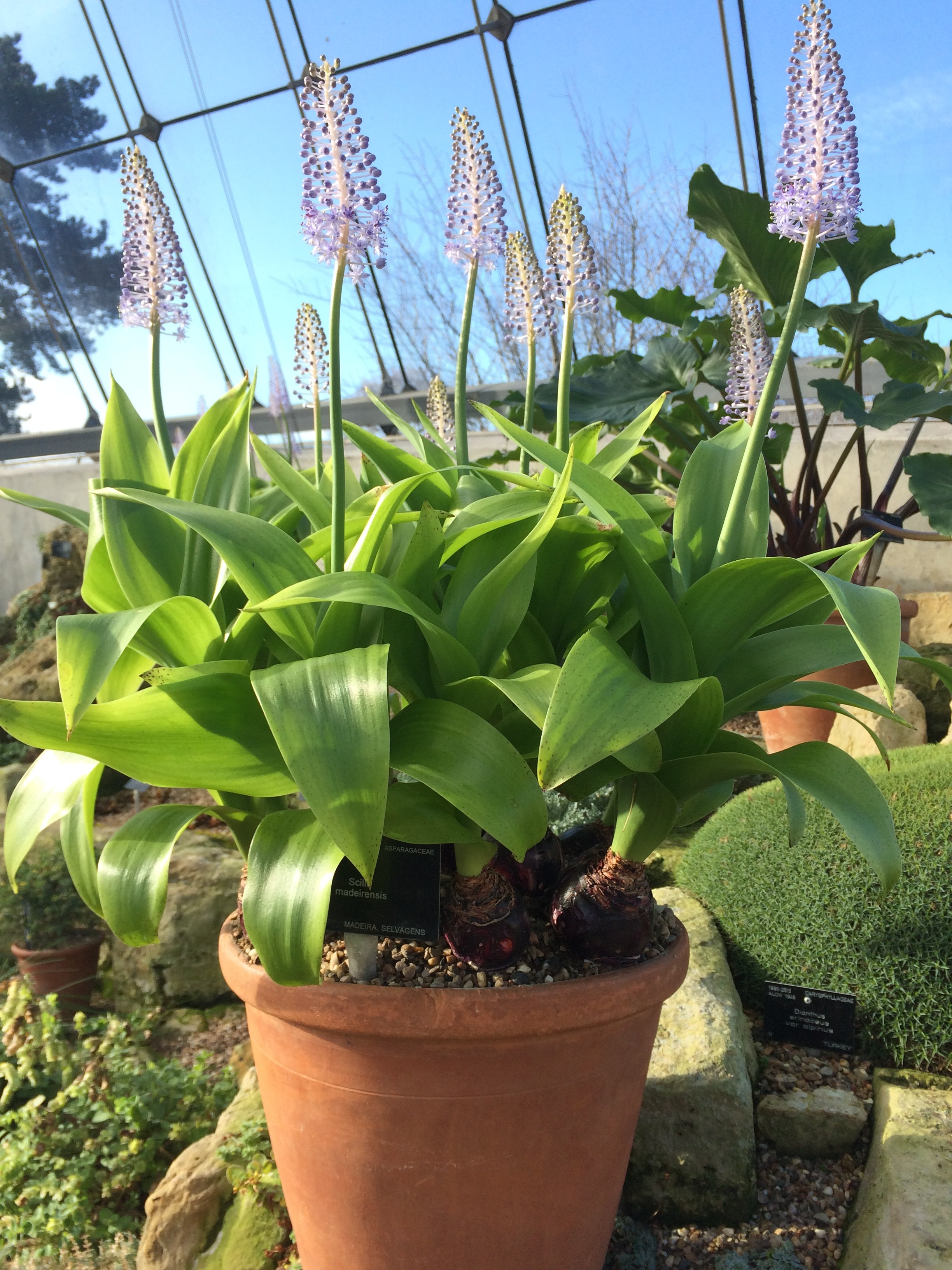 Worth travelling to see