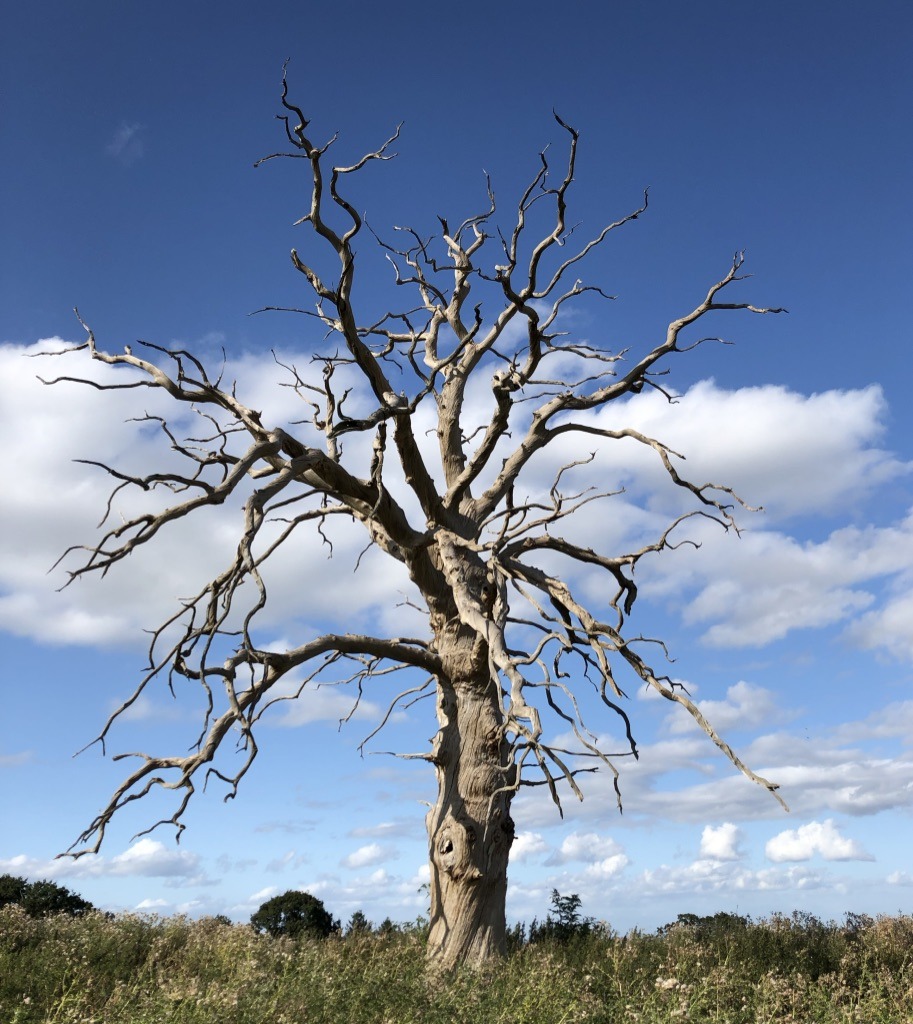 With alarms about ash disease, oak die back, phytophthora, and now problems with planes, it seems I have dying trees on the brain. So two visits I have just made may have been grimly apposite, but were nonetheless inspiring. How long can a dead tree stand as a feature in the landscape? Conservationists urge us not to cut them down, or at least to leave them on the ground as bug hotels. C. Brown was apparently in favour of leaving a few in his parks, and even of erecting (transplanting?) them. Most dead trees, of course, fall apart quite quickly; the elm cadavers of the 1970s were mere branchless rotting trunks ten years later. So what do we make of the oaks and (particularly) sweet chestnuts that decline to disintegrate and stand as skeletons for decades after the last leaf has gone?

There is a field near Englefield in Berkshire, and another near Forthampton in Glos, where dozens of huge tree-skeletons stand like an orchard of monuments, their trunks monstrous with carbuncles, often hollow, rising barkless as bones to a full head of branches, and not only the main branches, but sometimes quite a spread of principle twigs. Sweet chestnuts seem particularly prone to hanging on intact, even more than oaks. It must be that the lignin they produce is more dense and durable. My camera is assembling a beauty competition for ghost trees.