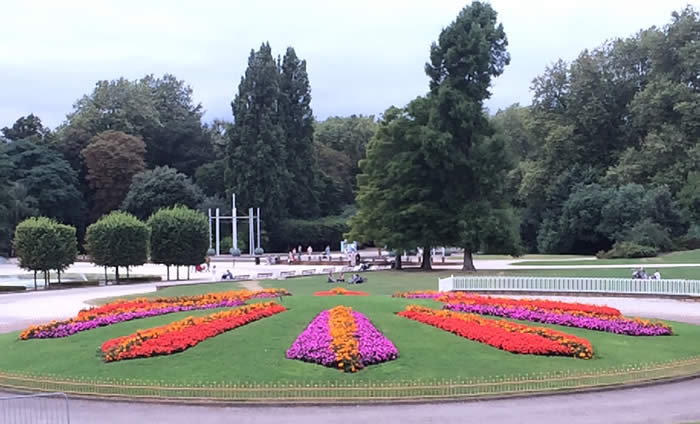 Not London, surely? Battersea Park is going in for retro-gardening in memory of the Festival of Britain. I'm not sure Russell Page would want his name on this:

It’s the cyclamen, first of all, that convince me in it’s not all over. When everything is winding down they are popping up, in places you never saw them before or have forgotten about them. Suddenly there’s a spatter of white, or of pink, that bears no relation to what grows around it. There’s one in the barren soil under a box hedge, another in a damp corner full of ivy. They are individualists, solo or in congregations; they hold their heads at cheeky angles and their leaves (I speak of C. hederifolium) are painted haphazard. One I have in a clay pan came from Rassell’s Nursery, across Earl’s Court Road, a tuber the size of a Chelsea bun that showed no sign of life for a year, then started signalling energetically from behind the compost sacks under the greenhouse bench.

Perhaps the best colony I know is in the rarely-mown park of Château Langoa-Barton in the Médoc. It gradually paints the long dewy grass pink just when the sweet scent of fermentation starts to fill the air from the cuvier next door.

We are mourning a sudden and puzzling loss just now. One of our favourite plants at Saling Hall was the pale-purple flowering Abutilon vitifolium ‘Veronica Tennant’, an almost instant little tree, growing five feet in a year to 15 feet or so, with grey-felted vine- or maple-leaves and wide-open papery flowers like the most innocent of hollyhocks. True, it’s a short-lived plant, perhaps six or seven years, but in our narrow garden our plan was to grow it against a wall to help screen us from next door. I reasoned I could prune off any forward-facing growth and encourage the sideways branches to form a screen.

V.T. took some finding, and when she arrived, via Rassells, they warned me not to water it. Not even once. I argued that I had seen its parents growing in a Chilean rain forest; odd, I thought, for a plant with such fragile flowers. ‘Not a drop’, said Richard Hood. She,V.T. that is, started slowly in the dry ground below the wall, then after six weeks shot up in rude health to way above my head. Success, I thought, until one morning she was suddenly, obviously. dead. Had I broken the no-water rule? A couple of showers had, but also I fear a cavalier hand with the hose. This was no flood; the soil around seemed quite dry. But Richard was right. I can’t find a specific warning in my reference books, except in Michael Howarth-Booth’s still useful Effective Flowering Shrubs of 1970. He calls A. vitifolium ‘a miff’. What miffs it is evidently water. 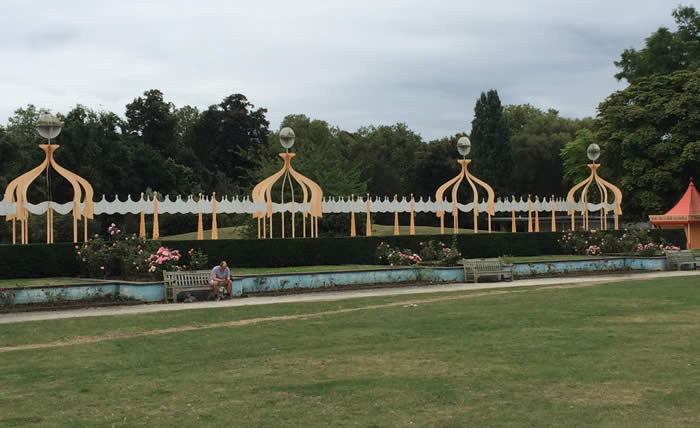