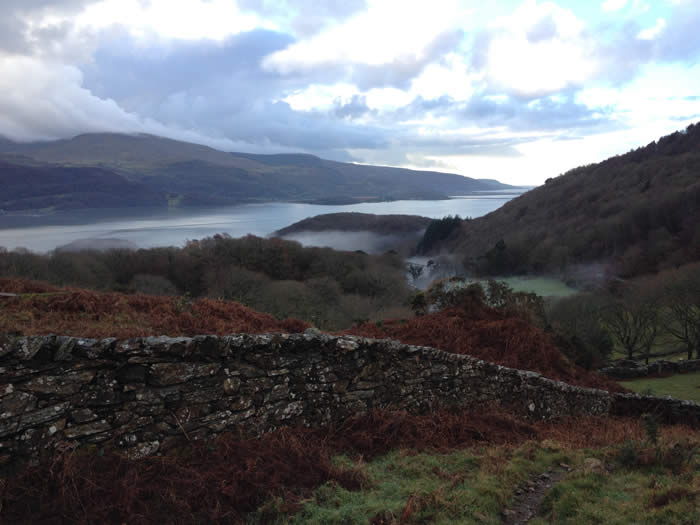 And the food's not bad either

I was surprised (and perhaps a little alarmed) that they’d noticed, when The Lonely Planet Guide chose North Wales as number four in a list of the world’s top ten regions to visit in 2017 – the only one in Britain, which is of course absurd.

Until then I had supposed I was alone in finding that our mountainous area ticks all the boxes. A large chunk of it is the Snowdonia National Park, stretching from Conway on the north coast to Aberdovey seventy miles to the south, and twenty or thirty miles inland. I’m sure what the Lonely Planet people like is the hiking and biking , the rock-climbing and the vast beaches, although they do describe it as ‘a haunt of in-the-know foodies’ – which will surprise most people. Incidentally, they’re quite right.

I can’t deny that our own little corner, our woods, suspended above the estuary of the River Mawdach, is beautiful. Over the too-silted-up estuary rises the granite wall of Cader Idris; to the left the peaks around the Dinas pass, to the right the sea, Cardigan Bay and from the top, on a very clear day, the Wicklow Hills. Behind lie the Rhinogs, not specially high but dauntingly wild; miles of bog and rocks with no tracks except the Old Harlech Road, scarcely visible on the ground but marked by an 18th century milestone: XI miles.

Our woods have won two gold medals at the Royal Welsh Show, in 2005 and 2016, perhaps for careful forestry, but as much, I suspect, for the pleasure they give the judges. They could hardly be more varied, in trees or topography: rushing streams , little lakes, remnants of old oak woodland in the valley bottoms, lots of beech, some red oak and higher up larch, Douglas fir, and of course the spiky Sitka spruce that will produce timber even on bogs and rocks. Everywhere birch , rowan and the pale green larch seedlings. Gorse, too, of course. I forgive it its barbs when I breathe the honey scent of its flowers. From each of our high points, views to make you catch your breath.

I don’t know how the Lonely Planet found out about it, though.