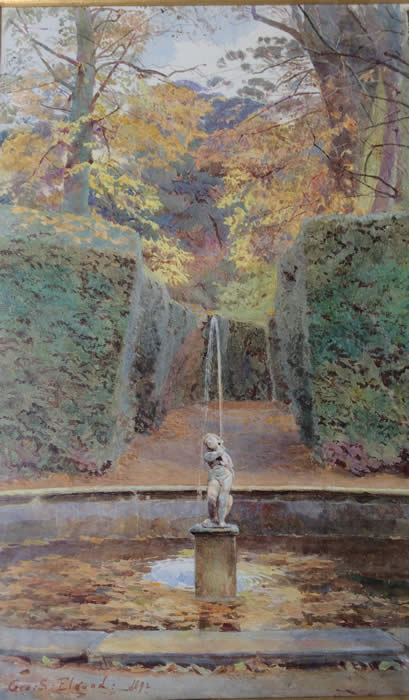 It’s the moment that makes a good photo – far more than the aperture. Does anyone say that Capa’s shot of a Spanish soldier dying needs more focal depth, or the lovers kissing on a Paris street could do with more light?

Which suggests that our camera-phones, or phone-cameras, have a better chance of taking good photos than more sophisticated kit, proper cameras that need adjustment. Their margin of error is astonishing: if you know even the rudiments of photography, you have the ideal weapon to hand.

And what does the perfect moment consist of? A soldier just cut down, a moment of passion in the street are messages about death and love; nothing could be more elemental. In both these famous photos there are no distractions, no other people, no fussy backdrops, chance has isolated the protagonists and made them sculptural.

A plant, a garden or a landscape can seem elemental, too: but what makes it so? Of course the light. A shaft or beam picking out an object, whether from the front, the side or from behind, is the most obvious way of making a point – a picture with, as it were, its caption built in. Conversely, a bright general light with only one object caught unlit could make a different point. Shooting into the source of light, contre jour, can be the best way of characterising certain plants: pale flowers, for example, with their petals glowing, their veins minutely delineated. The sun setting behind flowering grasses….

The artist with his brushes has always had the advantage over the photographer. He doesn’t have to wait for the light to strike. He can store moments in his memory to reproduce, work on, elaborate and combine at leisure. Did Monet grab his palette and rush out into the garden when the sun broke through? Maybe. He was an artist-showman (dare I mention Damian Hirst?) building up a body of garden impressions to create a market primed for his output. Wouldn’t he have loved an iPhone?

The show at the Royal Academy now (I believe there are a dozen Monets) is called Painting the Garden. Is there any room for quieter, smaller, but just as loving garden paintings by British artists? Or even for David Hockney’s all-encompassing woodlands – surely the modern equivalent of Giverny?