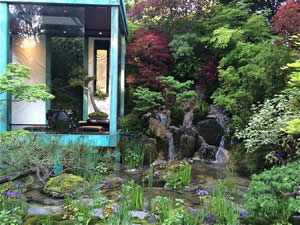 “Best of Show’ is always a well-debated subject, and Trad’s annual Chelsea award, over several decades, has not always coincided with the official verdict. This year my friend James Basson, who scored so highly last year with his delicate evocation of Provence, was given the gong for his Maltese quarry. It was a memorable image, dominated by its ziggurat or cenotaph, but how it qualified to be called a garden I’m not sure. The plants were chosen with absolute botanical rigour, but I fear most of them were what friends call BIO (for Botanical Interest Only). Perhaps the spec for entries doesn’t mention ‘garden’, though heaven knows it’s a broad category. Sadly there was less competition than usual this year: the RHS had to fill the empty spaces in the Main Avenue (and frequently elsewhere, even in the Great Pavilion) with champagne bars.)

Trad’s Best of Show was tucked away among the ‘Artisans’, by the woodland picnic area in Ranelagh gardens. I’m afraid most visitors will have missed it. A pity; it was a piece of Japanese artistry worth going a long way to see, and almost never seen outside Japan. The designer, Kazuyuki Ishihara, has won gold here before, but this year’s tiny jewel was exceptional, in concept, in truthfulness, in precision and in expressing such a love for its materials that I found it moving. Even the back of his stand was exquisitely gardened.

The other moving moment of the day was Michael Heseltine’s speech at the President’s lunch. He started ominously by telling us there were no jokes coming, then in ten absorbing minutes told us why gardening matters and what we should do about it. In a sense we have heard it all before. Give a schoolchild a bean and they will never forget seeing its first leaves pop up. The moral effect of engaging with the natural world.

‘Gardens’, he said, ‘in whichever form, are expressions of ourselves. They are statements of pride and responsibility. They are definable spaces often requiring easily acquired skills. They provide talking points for communication with neighbours. They impose a year round discipline. They provide a therapeutic escape from daily pressures.’

Lord Heseltine has worked hard and persistently on the revival of communities gone to the dogs. He has huge experience in the hard slog of restoring hope and pride, work that is long on boring admin, tricky politics and often slow returns. He is totally convincing on the need for life-changing inspiration, hard to conjure, patchy in its results, but vital in ‘helping people feel a sense of purpose, an interest in what their life holds. There are no simple answers to complex questions, but gardening can play a part. Derelict land is all too present. Provide them with the tools to plant it. If they plant it they may feel a pride in what they did. They may wish to defend it, even extend it. The work requires little skill but it offers ladders.’

His sentiments and a piece of loving artistry made me leave the showground with a sense of fulfilment – and a sense of purpose. 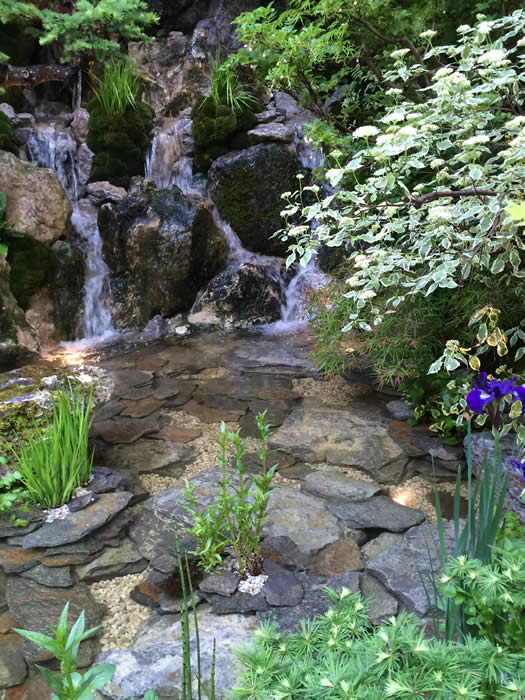