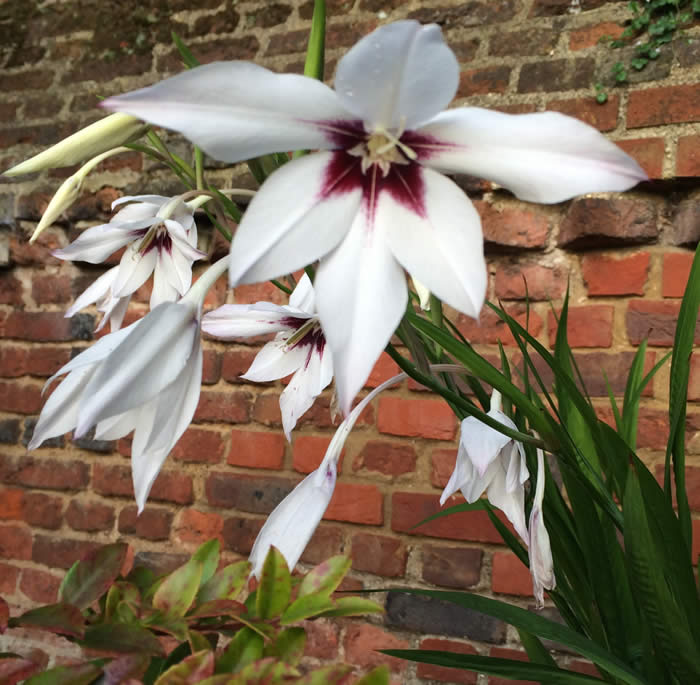 Out of focus, I'm afraid, but my only shot

They came in a goody bag from the RHS at Chelsea in May: five modest corms smaller than walnuts with a name that was new to me: Acidanthera murielae. Late flowering, the packet said. I planted them in a shady bed (there is no choice here) and pretty much forgot about them. In August important-looking irisy leaves popped up. And grew and grew to three feet or so. By mid-September strange flower buds emerged, six or seven to a graceful swan-necked stem, and by the end of the month, six-petalled white stars were opening wide, purple-centred, with a spreading lily-like scent.

Is anything more exciting than meeting a completely strange plant like this: planting it and waiting for a new wonder to appear? The reference books link it to Gladiolus. I can see no resemblance. Acidantheras come, I gather, from Ethiopia, were grown in pots by the Victorians, who called them Abyssinian lilies. They are now firmly in my repertoire.