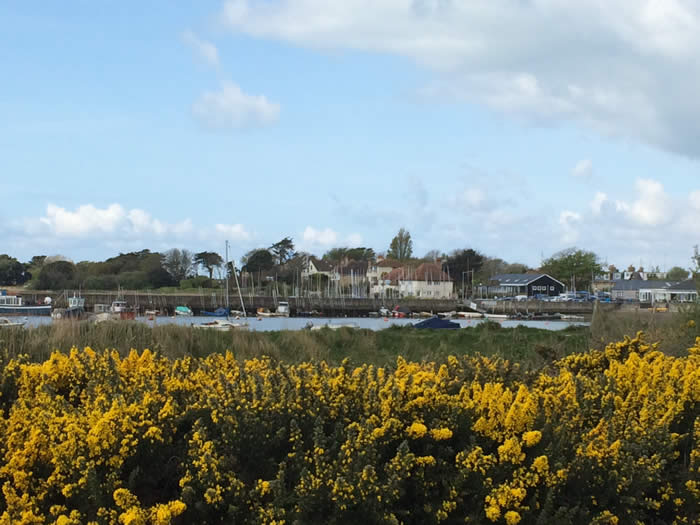 The gaudy gorse only stops at the Solent saltmarshes

A diarist must beware of mentioning the weather too often. It was admittedly half the point of Gilbert White’s diaries, and there are times and places where it simply grabs the limelight. I was probably pretty boring about the drought in Essex (and most parts) in 1976. Watching the sky became an obsession, and dragging hoses my principal exercise. The aftermath called for comment, too. The deluge killed plants that had survived the drought. Venerable beeches that had managed to make deeper roots to find moisture (their customary ones are near the surface) drowned when the floods came in October.

The resulting coincidences of flowering are alternatively a) charming b) bizarre c) disturbing or d) the writing on the wall. No scientific evidence is needed to know that, for example, London now has a pavement-café life that would have been unthinkable twenty years ago. Wine-growing in the south of England is no longer an optimistic eccentricity. It is making good money. Nor is it only England; growers in Champagne are nervous about losing the racy acidity in their grapes that gives champagne its edge in every sense.

Meanwhile Beaulieu Common in the New Forest is an extraordinary sight. The gorse has gone mad, painting the whole landscape a brlliant searing yellow. It is all in flower at once (and the smell, of vanilla and coconut and honey, is intoxicating). The vast gorse mounds where cattle and ponies shelter their hind-quarters in winter storms, turning their heads to the wind, are ramparts of a Buddhist colour. I fancy artists call gamboge, relieved here and there with the while of blackthorn. Whatever happened to the traditional blackthorn winter?