A macrogarden Posted on September 1, 2018 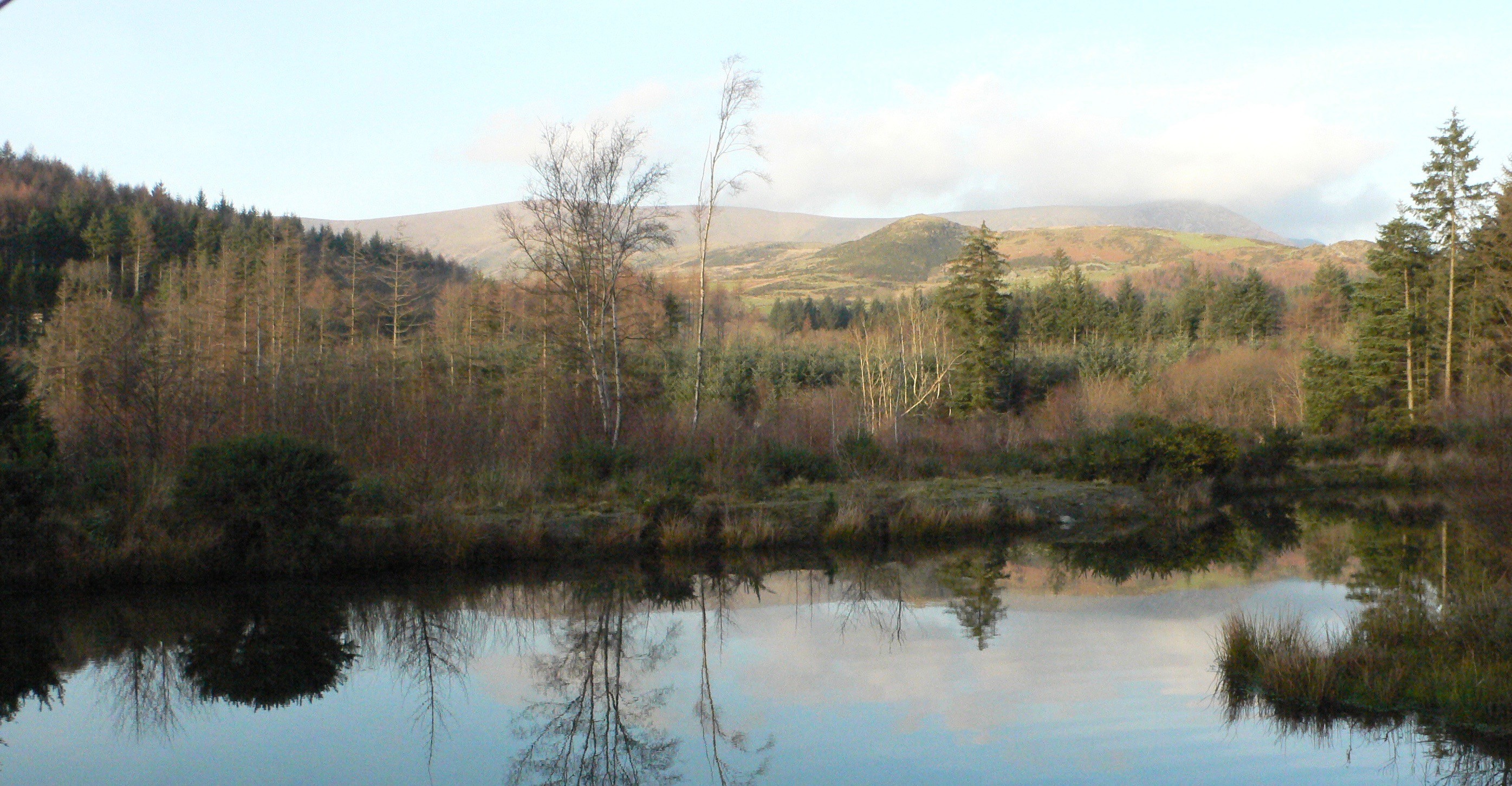 ...and there are distant views

I have sometimes got funny looks from committed gardeners when I mention forestry. the word no doubt summons up for them a picture of hills black with spiky spruce.

It is thirty years now since I first planted what was destined to become woodland (the respectable, even cuddly word, if forest is too aggressive). That first essay was on fields of dreadful, shallow, acid soil roamed by feral sheep in the centre of France. The French government, or its Office National des Forêts, was incredibly efficient and generous with advice (and grants – though why a country which is already more than ten per cent oak woods should want to pay for more I never understood).

For the past 25 years our planting (and of course felling) has been in the wildly beautiful Snowdonia National Park. It has a different purpose from gardening, of course, with economics at its heart. I know I am unusual as a forester in putting landscape above profit in my priorities, but by no means unique. The two, in any case, can be perfectly compatible – so long, that is, as you have a taste for the beauty of conifers.

This Welsh landscape was dedicated to sheep, criss-crossed with monumental stone walls, dotted with little stone farms, barns and pens. Along streams and wherever there was deeper soil grew thrusting ash and old bent oaks. Everywhere else it was heather and bilberry – or rushes. And far too much bracken.

In the 1960’s the Forestry Commission, and an industrial Pension Fund, invaded with conifers: larch and pine in drier places, here and there western hemlock, and almost everywhere Sitka spruce. They planted regardless, up hill and down even where there were already groves of oaks or ashes – the idea being that the quick growing conifers (they can easily manage a metre a year) would simply grow through and shade out the broadleaves. In some cases we arrived just in time, almost forty years later, with many of the conifers mature, in sawmill terms, and ripe for felling. Above the battlefield of a clearfelled site rose disfigured, spindly oaks gulping for light and air. When we released them some broke or blew down; many others burst into rugged towers of leaves.

There were planted plots of oak and beech, too, at forty years old just forming proper little woods. These and the veteran trees became our guide and the sketch for our future landscape. Down came the dark masses of spruce, twenty acres or more at a time, revealing the streams, walls and tracks that shaped the landscape, and providing the income to put it back together again as distinctive and Welsh.

This is where a gardener’s eye comes in. There are places where deliberate simplicity sets up a strong line or mass; where in a garden you would plant a hedge or an avenue. There are tracks and paths that lead the eye into the distance or into a concealing bend. There are effective and appropriate places for water; ‘flood the hollows’, as Repton prescribed. There are prompts for open space – for instance to reveal a rock or a dramatic change of level. On the hills there are streams to reveal for the sparkle of their water through peat or over rock. There are boring bits where the best solution is to grow something productive; in the garden. veg, in the forest Sitka spruce. You can contrast the dark bulk of conifers with the open arcades of broadleaves shorn of their lower branches. Eventually the necessary thinning of larches, when they are forty feet high, produces one of the loveliest effects in the forest: their soaring straight trunks carrying graceful light canopies above what can be a fascinating understorey of seedlings and shrubby plants. Old stone walls are all the sculpture and statuary you need.

We have just named one corner of the woods Hemlock Hollow, where five huge hemlocks spared from a general felling tower over a little valley and a chaotic rushing stream. Hemlocks have the most beautiful foliage of all the conifers; ranks of tiny needles of a unique clear green, almost bottle green, with their tops always a slender shoot inclining in a graceful bow. Sturdy young oaks and slender beeches shade the ground beneath them. I couldn’t call it ‘gardenesque’; it’s too simple and elemental – but it gives a gardener garden-like pleasure on a quite different scale.