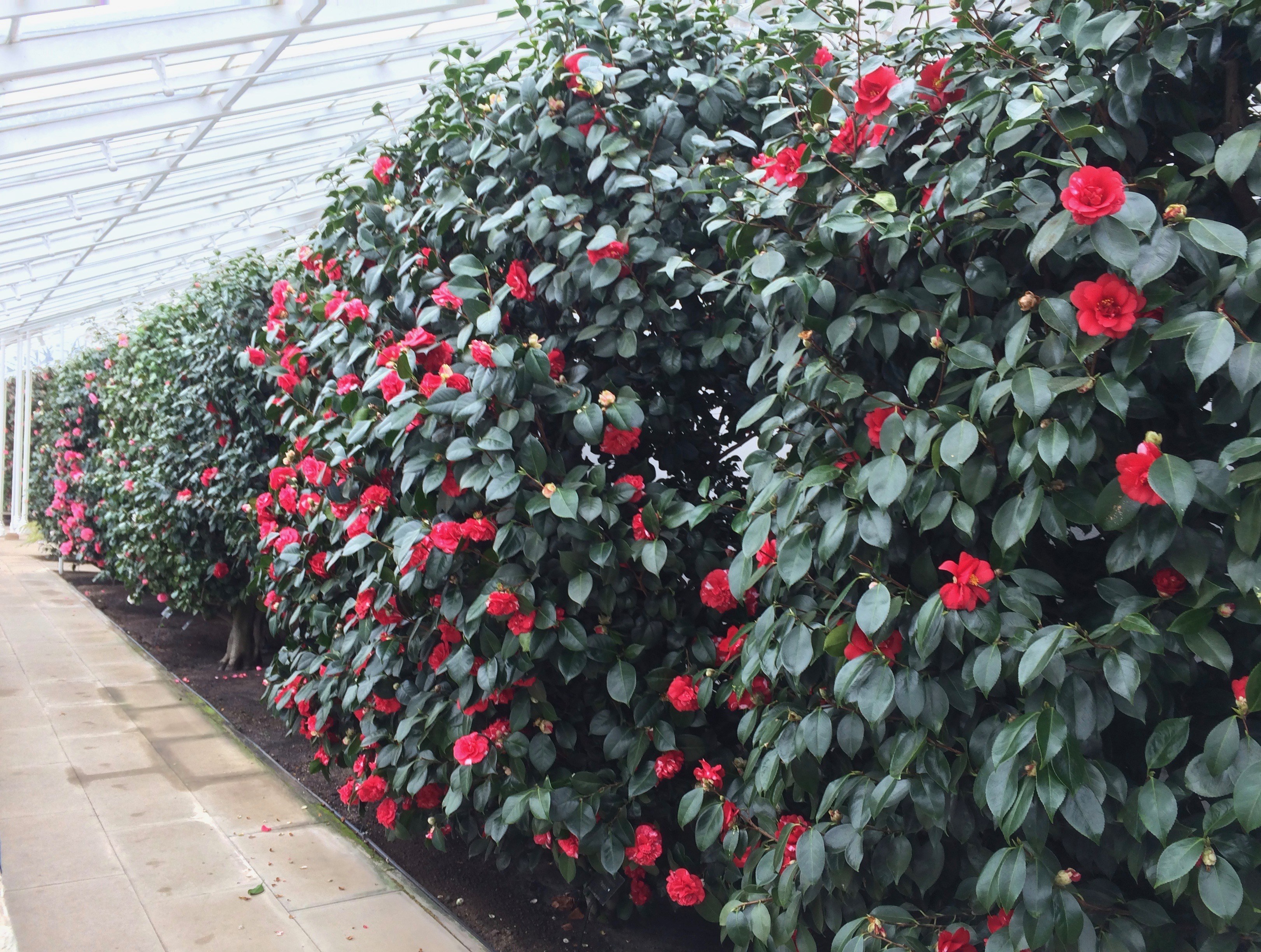 A few of the pre-Victoriam camellias at Chiswick House

Here’s my fantasy. A hackney cab picks up a nurseryman from his Brompton Road nursery. They call at a house in Park Lane to collect an important customer who is a fanatical collector of new plants from China. Together they rattle on, down to the Strand to take a wherry to the new docks at Blackwall, just opened in 1806 for the biggest merchant ships of all, the 1000-ton East Indiamen. The Cumberland, Captain Euen Campbell, has been signalled from Gravesend, where she had stopped to lighten her cargo. Her huge four-deck bulk is being handled through the dock gates into the Import Dock. Our plantsmen go aboard to collect their prize from the captain’s hands; two new camellias never seen before in Britain.

Some of the camellias flowering in the Conservatory at Chiswick House this month are the plants brought over in the Company’s ships. Looking at the towering bush of Rubra Plena, one of the first to arrive, you can see what the excitement was about: a shiny-leaved evergreen bearing countless double bright red flowers. Moreover camellias are marvellously genetically unstable. You never knew what their seed might produce in the way of colours. You could pay £5000 for a plant with brightly blotchy red and white flowers; its offspring could be indifferent pink. The plant named as Variegata produced a seedling that is now called Alba Simplex – the name describes it perfectly. Not variegated at all.

The Duke of Devonshire finished his beautiful 300 foot long conservatory in the 1820s, a few years after my fantasy starts. Some of the camellias flowering in it today are originals; have seen the Southern Ocean. Most are their offspring, or at least descendants. Some have names referring to their importers, or the captains or the ships that carried them, like the ancient madeiras, another precious cargo, still to be seen in Savannah, Georgia. Others lost their identity along the way. Some now have trunks six feet round.

Fifteen years ago they were on their last legs. The conservatory was falling to bits; they were starving and infested with scale. Then the Camellia Society rode to the rescue. Today they are worth travelling to see. Are they the only camellias with this kind of pedigree? This month the Camellia Society is coming to Holland Park to see the dozen veteran plants along the wall of the Victorian orangery. It would be good to know their history, too.