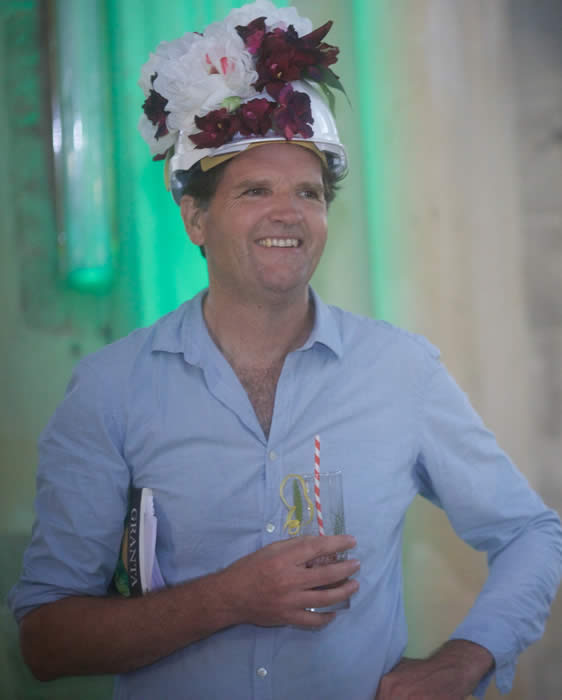 It was hard hat night last week at the Garden Museum. Hard hats with flowers, of course, Ascot-style. It was an evening for supporters of this ambitious conversion – the medieval church of St Mary’s, Lambeth, to museum and school of garden history, art, design and botany (a word described by the director as unfashionable. Really?) to see how the building work is coming on.

The museum and all its works are centred on the fact that John Tradescant the elder lived and died at Lambeth, that this was his parish church, and that just nearby he initiated England’s first museum. His term was his Ark, his Cabinet of Curiosities. Curiosity was on a roll in the first Queen Elizabeth’s reign. There was the New World to explore, better ships and seaways. … and since the Reformation relief from the sense that the church had the answer to everything. Almost anything was a Curiosity, from a monarch’s cradle to a dragon’s scale. London was agog; there were queues to see the Ark. Tradescant’s son John kept up the collection and in due course disposed of the contents to the acquisitive Elias Ashmole, whose name is still familiar from the Ashmolean Museum. When the new museum opens Oxford will lend back to Lambeth exhibits that were first seen by Tradescant fans 400 years ago.

New buildings are going up around the ancient churchyard to house the teaching room, kitchen (a vital and much-appreciated asset) and the archives. Britain’s first archive of garden design and designers, their plans, photographs and memories, is taking shape here around its oldest gardening treasures. Work on the Chancel also revealed a big brick vault containing the lead coffins of four 16th Century archbishops who of course lived next door, as Justin Welby does. Sadly (as it seems to me) a high brick wall separates St Mary’s and its churchyard from the palace and its nine acres of gardens.

It is all being done with £3.7 million from the Heritage Lottery Fund and a similar sum from donations. To round the whole thing off a few more are needed. Urgently, of course.