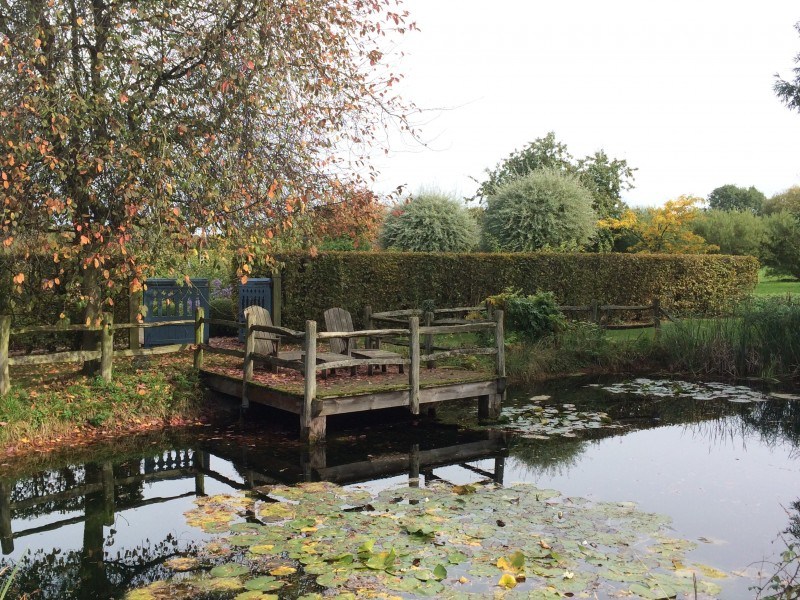 I wonder how many people with modest amounts of land (even farmers) have been stirred in the past by seeing what great landowners were doing, saw whole villages moved, or read about Repton’s Red Books, and started to look at their places in a different way.

Who first thought that land was worth looking at, apart from calculating crops and estimating values? The poet William Shenstone is often cited as a pioneer. He went to Oxford, inherited a farm called The Leasowes in the West Midlands, and bankrupted himself in treating it as a big garden. He died in 1769. William Gilpin from Boldre in the New Forest coined the expression ‘picturesque’, but there must have been quite a few minor gentry who looked out of their study windows with a fresh and critical eye.

It might have just been planting a tree or cutting one down. It might have started with taking a new route for the daily tour of the farm. Something triggers a more critical eye, or one with a different agenda. Why not explore that copse? I didn’t notice before that I can see the Downs, or the church steeple, from the gate into the upper field. Soon the farmer is calculating that by coppicing the hazel below his path he can catch a glimpse of the distant hills. I know because it has happened to me.

We walked around Wyken Hall Farm in Suffolk the other day with Sir Kenneth Carlisle, whose family have owned it for three generations. (He was born at Bodnant, which may have given him a head-start in judging landscapes.)

Wyken is a Tudor farmhouse that has grown this way and that over the centuries; a wing here, a wing there. Sir K. and Carla, his American wife, who entertains Country Life readers with her astute and witty column, are active gardeners. They have organized the space around the whimsical footprint of the house with simple, authoritative green-hedged arrangements, a sort of flowery stockade around the dwelling. Then paths lead out; to a rose garden, to a parterre, to an orchard; then a vegetable garden. Beyond are sheep meadows (with llamas for vertical emphasis) then hedges of a less formal cut, then the arable fields, woods and copses of a Suffolk farm. Each door and window has a considered view; a garden leading out to a prospect.

Walking the fields with the owner it becomes a narrative. What was a ten-acre cornfield is now a wildflower meadow surrounding a lake, serving as a reservoir (this is the driest part of England). The scattered clumps of trees are a dendrologist’s collections of oaks and hornbeams. The path doubles back through hazel coppice and an ash plantation (with the depredations of Chalara all too evident) to the top of the Wyken vineyard, with distant views down a valley. You pass a barn for tractors, ploughs, harrows; the impressive implements of a modern farm, and return through an orchard to precise horticulture; box enclosures and a fountain.

If this seems logical today; to apply aesthetic ideas to your surroundings, it apparently didn’t before the 18th century. Nor does it today, alas, on the evidence of a drive through most parts of the country, or almost any town.

Wyken Hall garden is open to visitors on weekdays between March and October. So is the vineyard. Better still, its excellent wines can be bought at the Leaping Hare Cafe, one of Suffolk’s best restaurants, and its too-tempting shop, near the house.