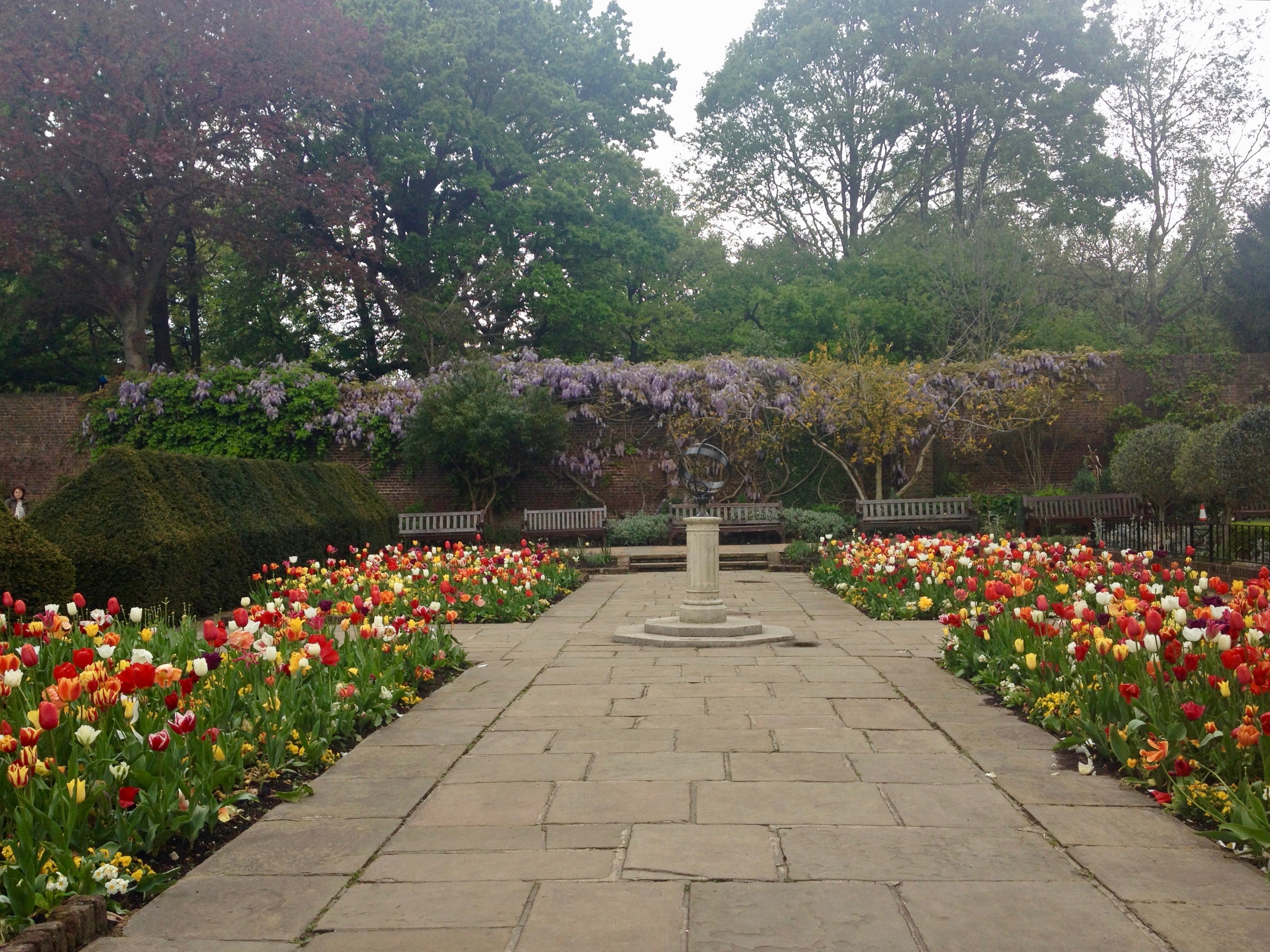 The Dutch Garden at Holland Houise

When you know a public park as well as your own garden it can be difficult to keep quiet about the way it’s run. Holland Park is our backyard. You couldn’t ask for more variety in a mere 50 acres. Besides the remains of Holland House, firebombed in the war and now used as the setting for Holland Park Opera, there is a generous playing field and tennis courts, a wild woodland (popular with foxes) covering a third of the area, a formal Dutch Garden, well-known for its tulips, a historic camellia walk, peacocks, iris beds, a maple-and-hellebore walk, two playgrounds and an ecology centre, an orangery, a café, a restaurant , and London’s best Japanese garden. The idea has always been to keep as much as possible of the country house garden it was in Lord Holland’s and Lord Ilchester’s times. On the whole it is a credit to the Kensington and Chelsea parks Department and the park’s Friends.  You’re waiting for a ‘but’; here it comes.

The remains of Holland House are dreadfully neglected. The East wing, the only wing still standing and now used as a hostel, has crumbling stonework and woodwork that has not been repainted in 15 years; a shameful sight. Last year the house was promoted, if that’s the word, to the register of Historic Buildings at Risk.

Its south terrace, recently elaborately repaved, fronts the park on an eight-foot wall with gate piers attributed to Inigo Jones. At its foot, until now, innocuous grass and a couple of benches. But now the grass has been done away with and in its place is a sort of mixed border a hundred yards long, mixed enough to contain alliums and bay trees; the bare earth, one would think, a maintenance nightmare to the small, keen but stretched team of gardeners. There is no sign of a rational plan. The bay and holly trees will in due course hide the house from the park and vice versa. But oddest of all, the border is surrounded by a four-foot post and wire-mesh fence. True there are lots of dogs running around; is this the reason? The result is hideous, the absurdity laughable, but the waste of resources is simply a scandal.